Tough torque in the Adelaide Hills

Rivers, railway lines and heritage-listed buildings are among the above-ground obstacles NBN Co has faced so far as we roll out the nbn™ broadband access network across the nation.

Sometimes, however, the challenges can be below ground and out of sight.

That’s the case in the Adelaide Hills where NBN Co is endeavouring to connect around 2250 residents in the towns of Lenswood, Lobethal, Charleston and Woodside via Fibre-to-the-Node (FTTN) and Fibre-to-the-Curb (FTTC) technologies.

The challenge in the Adelaide Hills

Roads in this area follow the contours of the land and are renowned for being narrow and winding.

This presents a challenge for driving, let alone our network rollout. And given NBN Co is also faced with constructing four kilometres of ‘new build’ on Lobethal Road, it’s not exactly user-friendly turf for laying the groundwork of a fibre broadband network.

Adding to the complexity is the fact there’s rock (rather than soil) beneath the surface. 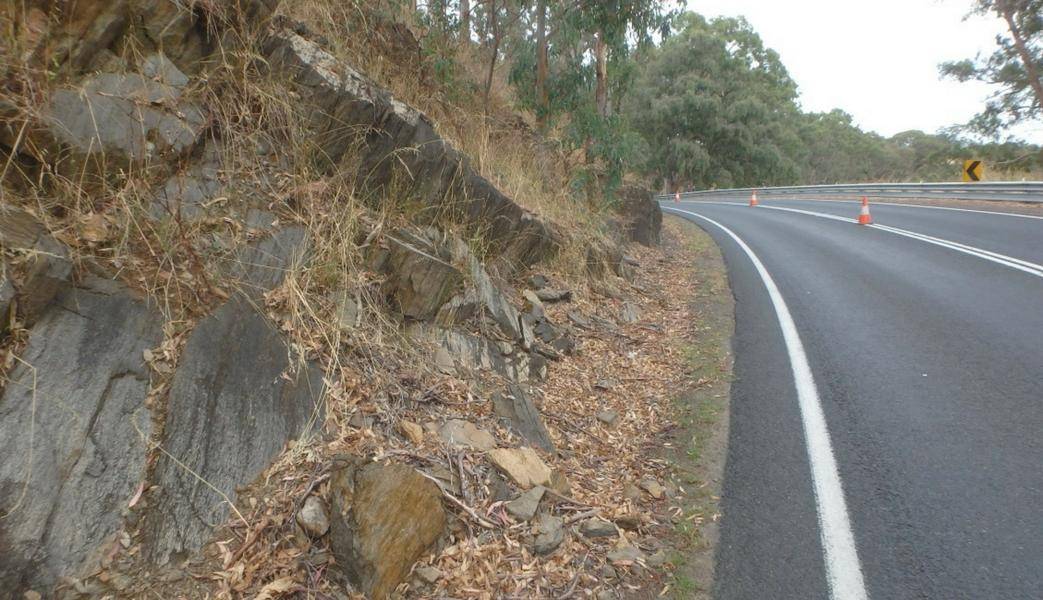 NBN Co Project Officer Frank Woods says the tricky terrain above ground and rocky interior below means the team has been forced to resort to horizontal drilling to lay conduit for the fibre optic cable.

“The difficulty with horizontal directional drilling (HDD) is getting a good point to set up the machinery. What’s especially difficult when drilling through rock is the lack of deviation you can get out of each rod on the machine.

“The manufacturer states up to six degrees per rod, at best, is required. In reality, we are getting three to four degrees, at best, because of the verge on the narrow road, making the process very difficult and time-consuming.”

One advantage of the ongoing network rollout across the country, however, is we’ve learnt many lessons.

In Birdwood, an adjacent and already completed Service Area Module, NBN Co had to carry out tests on very hard volcanic rock before drilling could commence.

‘Rock hardness’ is defined as 25 megapascals (MPa) or greater: about as tough as concrete. The rock beneath Birdwood tested at 81MPa!

While a difficult build, Woods says the lessons learnt from completing Birdwood have come in handy this time around.

“The rock on the Birdwood job was much harder so, in comparison, they can now move a bit quicker.” 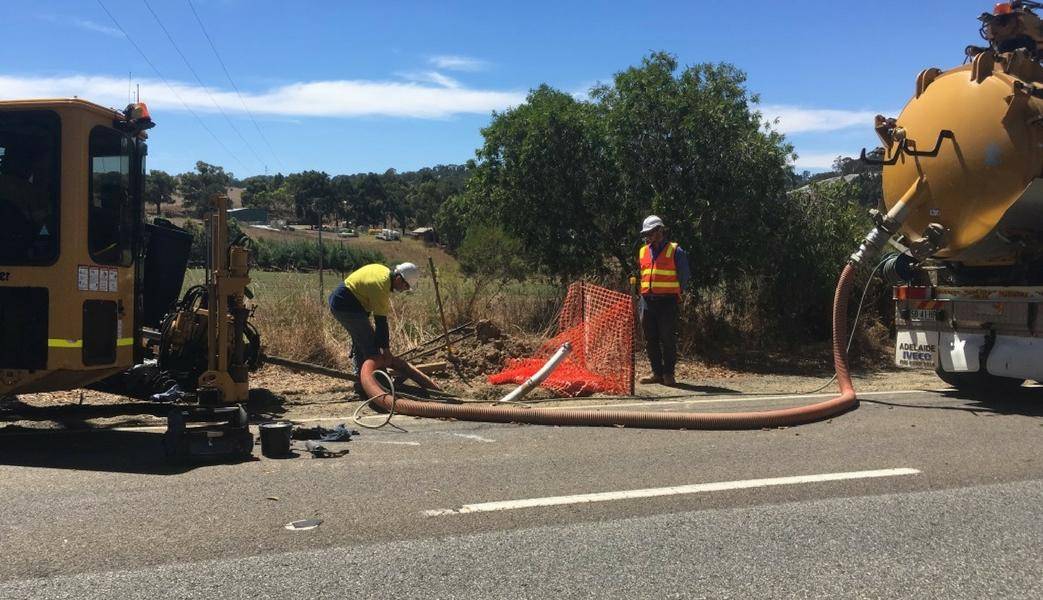 Woods says another valuable lesson courtesy of Birdwood was to always keep the drill head moving.

“More time in the ground means more metres on the drill log we can get in per day. Drill heads can be swapped over to suit the density and make-up of the rock. The fewer times you have to pull back to change the drill head, the better.

“It’s a matter of finding the best for the section you are working on. When you are flying blind, it takes a lot of experience and a bit of luck sometimes to get it right.”

Bringing in the specialists

Such is the complexity of this type of job that NBN Co has had to bring in a specialist drill and team.

“They are using a D36x50DR, which is the dual rod series for the advanced HDD driller for more complex jobs such as rock or cobble applications,” says Woods.

“Most companies keep the ‘drill shots’ shorter, but on this project we are doing 200 to 250m bore sections due to the fact there is no room to exit anywhere in between because of the trees and no verge, or a drop-off, to natural ground from being in the hills.” 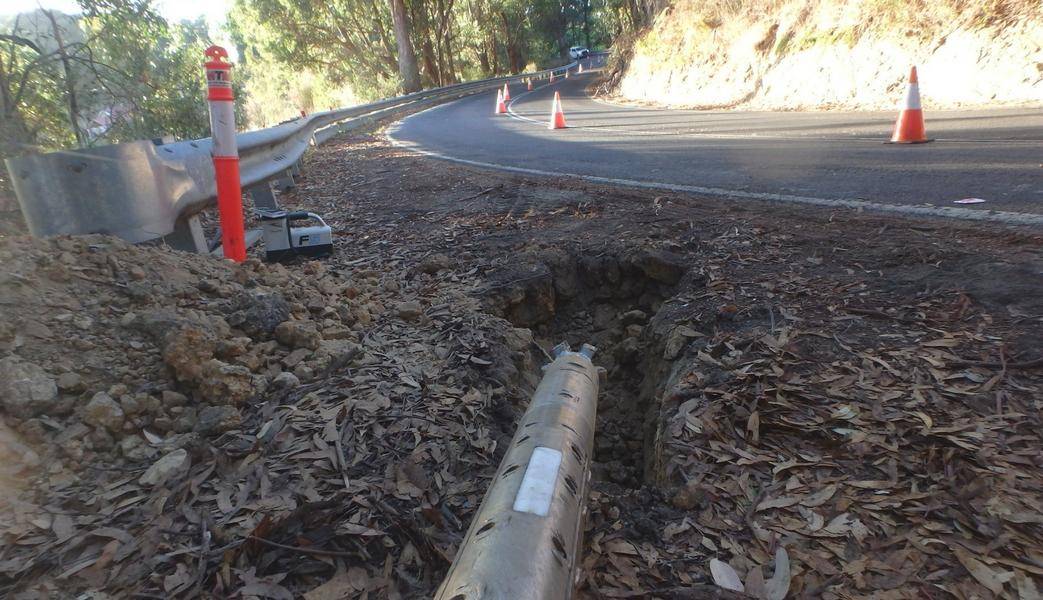 Woods says his team has made good use of ‘zero-based design’ principles to speed up completion of this section of the rollout.

“We’ve been able to extract the long, rocky Distribution Fibre Network runs from the preliminary detailed design and get to work on them at the earliest opportunity knowing how long these sections can take to bore.”

After starting work in mid-January this year, the team hopes to be finished this month.

Discover how we overcame rollout challenges in remote Western Australia.