Rolling out across the country: cool Cooma

By: Jennifer Kiely Hurst | The nbn™ project | Published on 7 June 2019
Share on Twitter Share on Facebook Share on LinkedIn
As we roll out the nbn™ broadband access network, we’re fortunate to explore the breathtaking locations that grace our wide and sunburnt land. This week we head to Cooma, which is now ready for service, to find out what puts it #OnTheMap…

It’s known as the ‘capital of the Snowy Mountains’ in New South Wales, the largest town in the area and gateway to the state’s highly popular alpine region.

Welcome to cool-of-climate (but warm-hearted) Cooma.

Nestled 113 kilometres due south of Canberra, Cooma is surrounded by the peaks and troughs of some of the state's most stunning national parks: Kosciuszko, Alpine, Snowy River, Croajingolong, Wadbilliga, Deua and Namadgi.

Cooma is now ready for service on the nbn™ broadband access network, helping to bring connectivity and access to fast broadband to the local people, business owners and visiting tourists of the region. 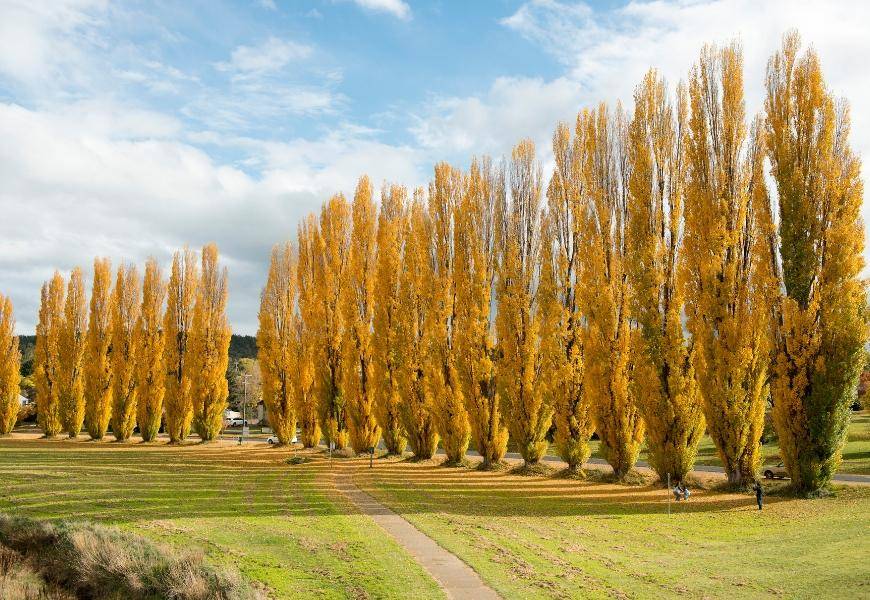 Research from Connecting Australia, AlphaBeta’s first national economic and social study into the impact of the nbn™ access network (commissioned by NBN Co), suggests that regional Australians are happily benefiting from connectivity. These connectivity benefits include helping to prevent social isolation, helping to inspire entrepreneurship (especially among women) and helping to improve education.

The number of businesses in regions where rollout of the nbn™ access network is more than 90 per cent complete is outpacing the national growth at twice the rate, with this figure expected to grow as the rollout nears completion.

The research shows up to 24,850 businesses in New South Wales will be attributable to the nbn™ access network by 2021.

Says Lachlan Ceeney, nbn™ local Manager for NSW South and ACT, “Cooma punches well above its weight with some thriving businesses based in the town. I’m confident the nbn™ access network will help enable local businesses to operate even more efficiently, increase their productivity and expand their online marketplaces.”

The best of both worlds, Cooma is a smidge over one hour by car to the snow (think Perisher Valley), and a little farther in the other direction to the likes of Merimbula and Tathra on the coast.

Given its proximity to the snowfields, Cooma’s cool climate won’t come as much of a surprise: the Monaro region, in which the town is located, is climatically the coldest in mainland Australia (apart from the Snowy Mountains themselves).

Despite the chill, the region has long proven popular.

The Traditional Owners, the Ngarigo people, have called Cooma and its surrounds home for more than 15,000 years.

Their country stretches from the Cooma-Monaro Shire in the north, out west to Thredbo, down south to Bombala, and south-west to Victoria’s Suggan Buggan, just below the New South Wales border. 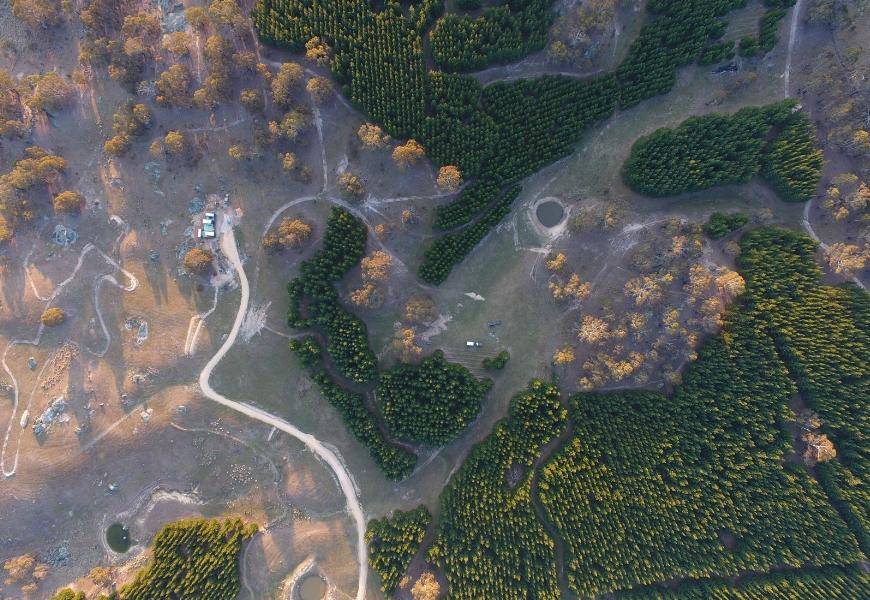 An aerial view of a pine forest in Cooma

Cooma would go on to be explored by Captain John Mark Currie in 1823, surveyed in 1840, and gazetted in 1849. Long before the town was officially established, though, the first European settlers began cattle grazing in the region in 1827.

Thanks to its high average altitude (more than 900 metres) and harsh winter temperatures, historically, Cooma has proven ideal for Angus and Hereford cattle, as well as producing some of the world’s finest merino wool.

And while it may have been a grazing ‘goldmine’ for some, in the 1860s, it was a literal goldmine for others. Cooma’s population received a healthy boost thanks to the gold discovered in nearby Kiandra, with an estimated 15,000 people passing through town in less than a year.

Yet it would take an idea floated back in the 1880s – to divert water from rivers, including the Murray, Murrumbidgee and Snowy, to support drought-affected areas – to really put Cooma on the map. 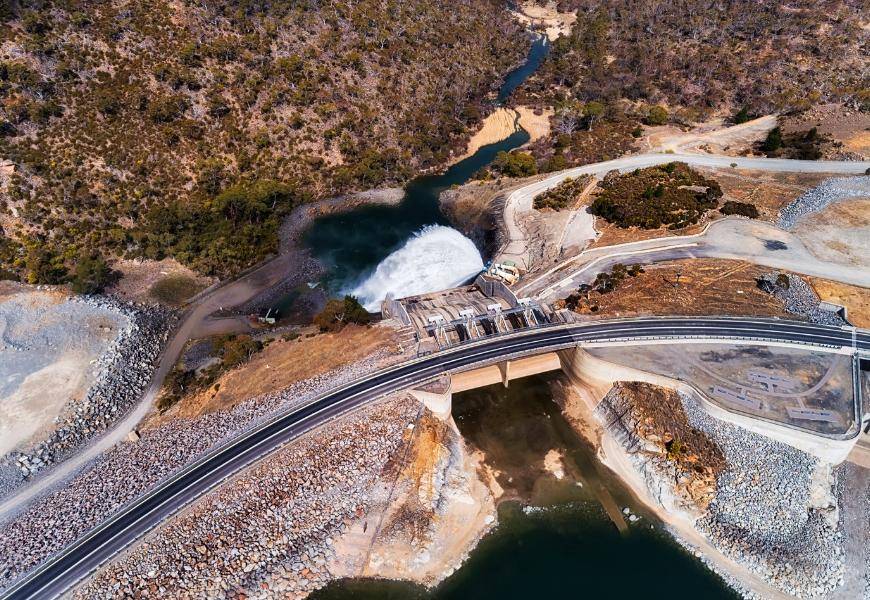 Jindabyne Dam, one of the 16 major dams that make up the Snowy Mountains Scheme

In 1944, a Commonwealth and State-represented committee was formed to consider developing water resources in the Snowy Mountains area.

Construction began that same year, with thousands of people from post-war Europe arriving to work on the mammoth project, which took until 1974 to complete for a total historical cost of $820 million.

More than 100,000 people from more than 30 countries helped with the physical works of the Scheme, helping to make Cooma the most multicultural town in Australia at the time.

It’s a legacy that’s lived on in the town – and the nation – ever since.

To experience the multicultural mix that went into building the Snowy Mountains Scheme – and modern-day Cooma – head to Centennial Park.

Erected in 1959, the avenue marked the tenth anniversary of construction works on the Snowy Mountains Scheme by flying the national flags of its culturally eclectic workforce.

Today, Cooma is the bustling supply and commercial centre for the Monaro region and Snowy Mountains, with a 6000-strong population.

Passing trade alone is more than one million tourists each year, yet Cooma’s businesses no longer need to just think local.

With the help of services over the nbn™ access network, businesses can now reach beyond their immediate area to customers much further afield.

For those businesses whose clientele are decidedly locals, connectivity via the nbn™ access network is still making a positive impact.

Dr Mike Mesley is the business owner of Snowy Vets, which offers a wide range of services, including 24-hour emergency care, for the furry friends in our lives.

Says Dr Mesley, “Since connecting to the nbn™ access network we have been able to access a consistent internet service for our clinics in Cooma and Jindabyne.

“The software we use is on a server and is shared between our clinics via the internet, and our phones are connected via VOIP.

“Just some of the ways we use connectivity at Snowy Vets is allowing clients to book online in real time, and using Zoom video conferencing at both clinics for our weekly staff meeting to talk about ways we can improve our service, knowledge and ourselves. 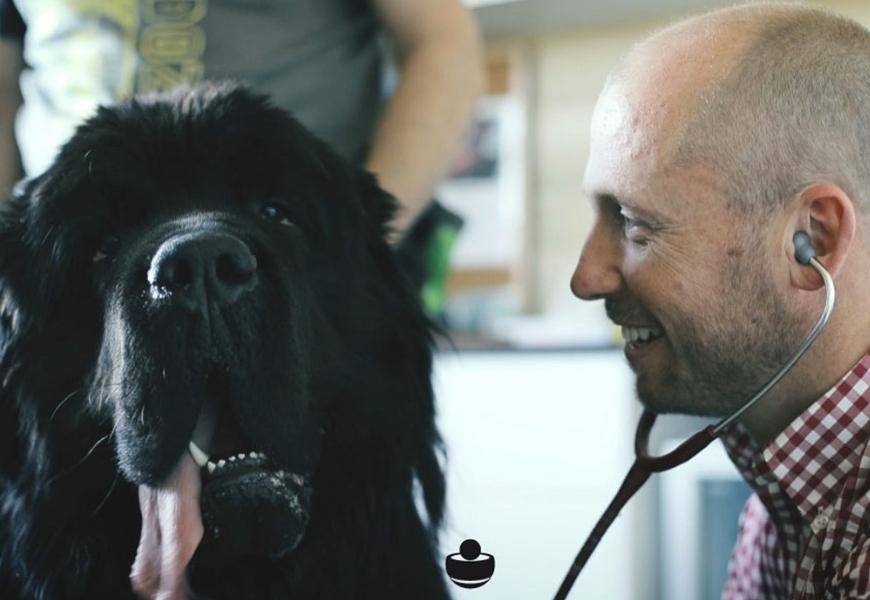 “We’ve also started sending our x-rays to specialists via an online portal, which helps in the quick assessment of our patients.

“Having a consistent connection helps us to do our job and access services that allow us to improve the wellbeing of our patients.”

It’s businesses – and outcomes – like these that make rolling out our network so rewarding.

Says NBN Co’s Ceeney, “We’ve seen fantastic take-up rates in Cooma since we switched on the nbn™ access network, and I’m looking forward to seeing how the local community embraces the benefits of access to fast broadband.”

More to see and do in Cooma

Fancy a pint at one of Cooma’s original pubs? Keen to hike like a goat to stunning views? Or maybe you’re game for a gaol museum tour led by an inmate.

Cooma has it all in spades.

Restored to its classic Australian Art Deco glory, the Alpine Hotel is one of the town’s early inns. Located on the main road, its licence was originally held in nearby Kiandra but was transferred to Cooma in 1938 following a fire. Today, you can enjoy hearty meals at the Alpine daily, which is especially handy for those subzero Snowy Mountains days!

For extensive views over Cooma and its surrounding grazing country, there’s Nanny Goat Hill Lookout. Part of the Lambie Town Walk – a self-guided tour taking in some of Cooma’s historic landmarks – you’ll (appropriately) spy a sculpture of a nanny goat by late local artist, Chris Graham.

Love trains? Then you’re in good company with the group of locals who, in 1992, proposed to restore the station, which was the worse for wear after the line beyond Canberra was closed in the late 1980s due to flood damage.

While restored trains aren’t currently running due to upgrades needed on the railway infrastructure, you can take a self-guided walk around the site that operated Cooma’s rail service for one year shy of a century. 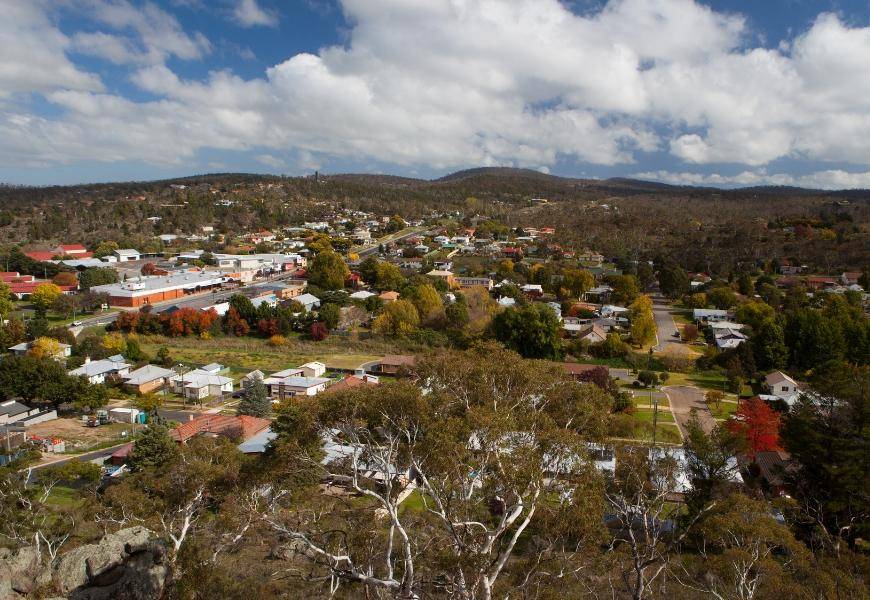 Meanwhile, movie buffs may be interested to know the Cooma region played host to Hollywood as the location for The Sundowners: the Academy Award-nominated film featuring Deborah Kerr, Robert Mitchum, Peter Ustinov and Australia’s own Chips Rafferty.

And then there’s that museum tour.

Cooma is home to the Corrective Services NSW Museum, which showcases the history of New South Wales corrections since 1788.

Minimum-security inmates, from the neighbouring Cooma Correctional Centre, act as tour guides with just some of the exhibits on offer including manacles and leg irons, riot shields and batons, as well as contraband like escape devices and tattoo guns.

And, of course, no visit to the Snowy Mountains region would be complete without a brush with ‘The Man from Snowy River’. Made famous by Banjo Paterson’s much-loved poem, you’ll find ‘the man’ in Centennial Park – well, a sculpture of him, at least.

Whichever way you choose to spend your time in super-cool Cooma, you’re sure to receive a very warm welcome.

Cooma by the numbers

Discover what puts Torquay on the map.