Skip to main content
Related Articles
Rolling out across the country: boom-town Ballarat Get ready for Australia’s summer of data A towering achievement on the Gold Coast

If you were to drive down the long, quiet streets of Moree in northern New South Wales, you’d soon spot something a little out of the ordinary: colourful arrangements of local art on an unexpected canvas – nbn™ nodes.

An essential component in the nbn™ broadband access network rollout, nodes are street cabinets that enable our signal to travel from the exchange to them via a fibre optic line, before connecting with the existing copper network to reach homes and businesses.

About chest-high and as wide as a bookcase, nodes are coloured army green to help them blend in to their surrounds.

There’s certainly no missing the nodes in Moree now. 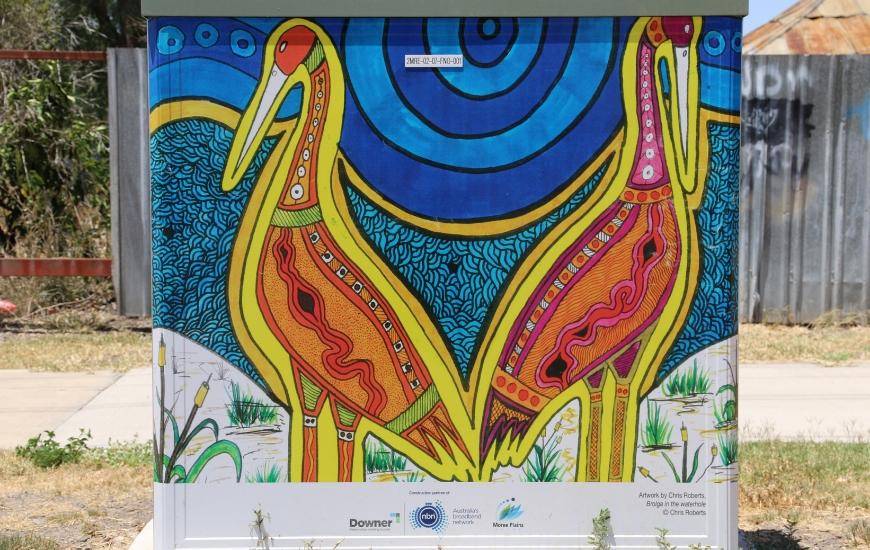 Students from four local schools have – in conjunction with the council, our Delivery Partner Downer, and NBN Co – designed creative art that will wrap around 15 of the town’s nodes. Something of a public art gallery, they will richly represent the culture of their community.

Also reported in the Moree Champion, the node designs will include Aboriginal artworks, portraits and patterns, as well as two winning photos from the My Moree Photography Competition.

Says Jacqui Moore, Community Development Officer at Moree Plains Shire Council, “This project has brought members of our community together for a unique opportunity to display their work and receive the rightful recognition that they deserve. It also creates a sense of place and ownership, whilst boosting the confidence of artists and photographers as they share their work for the wider community to enjoy.” 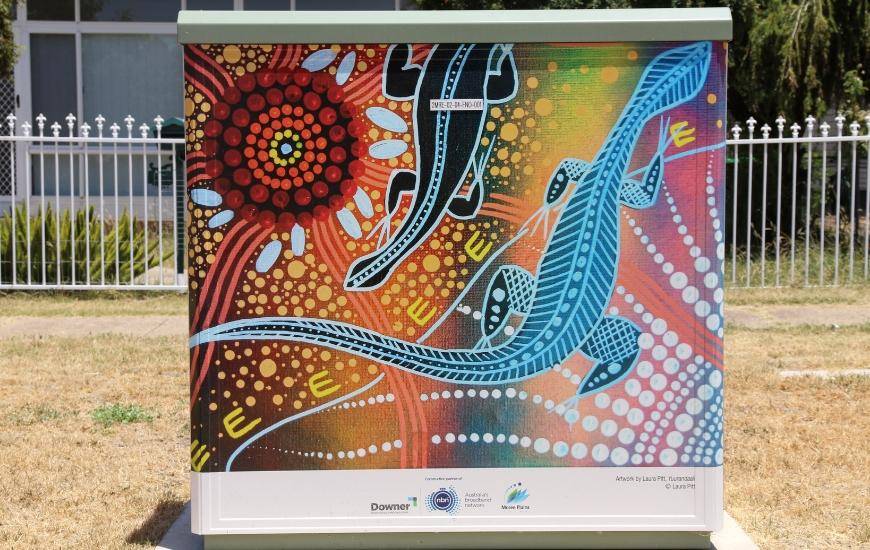 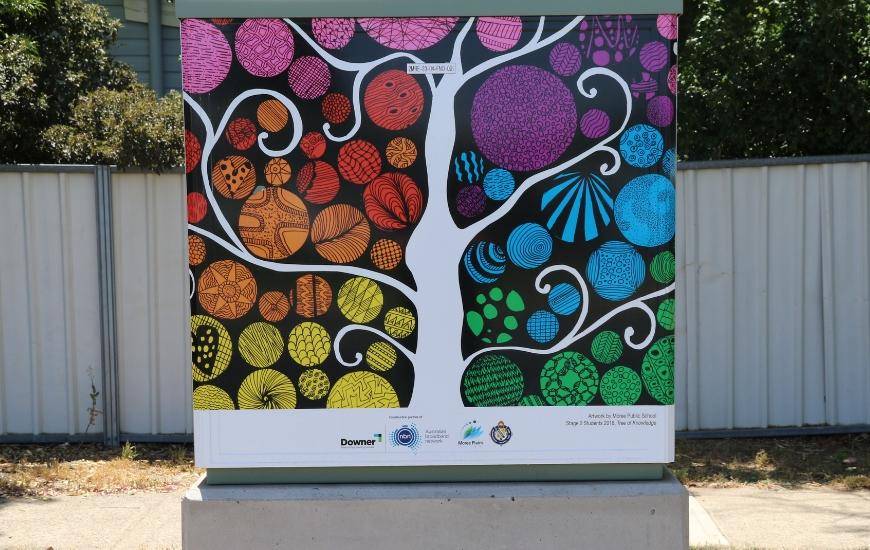 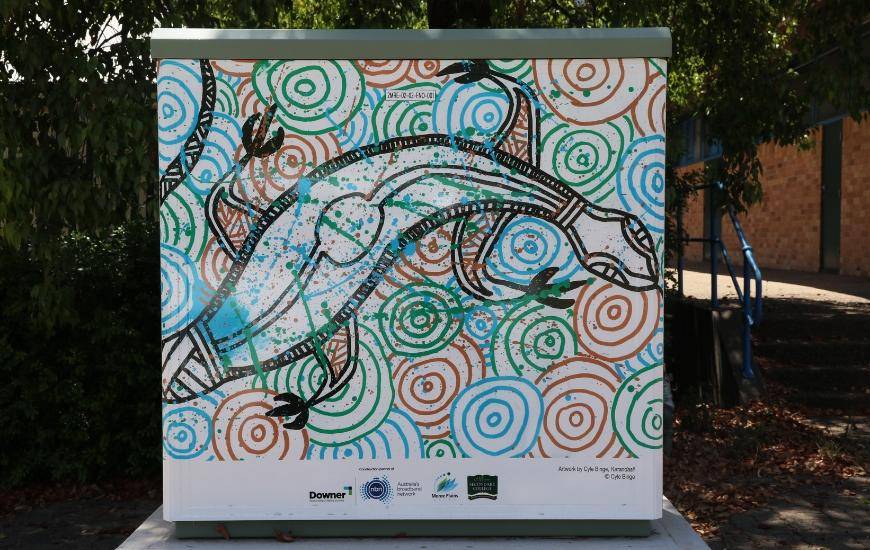 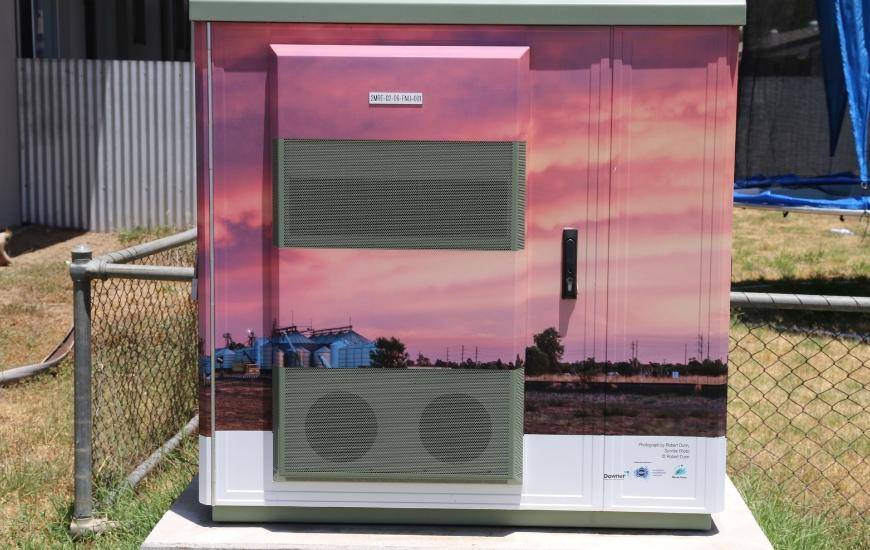 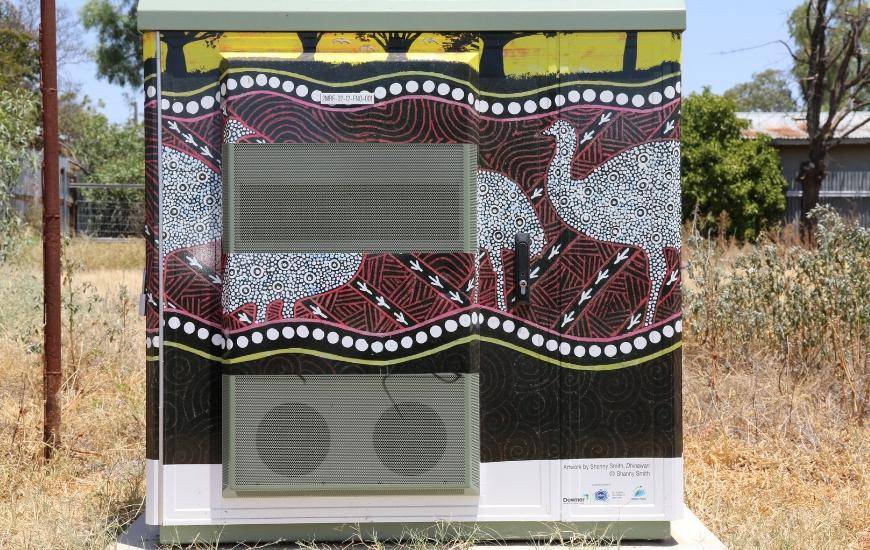 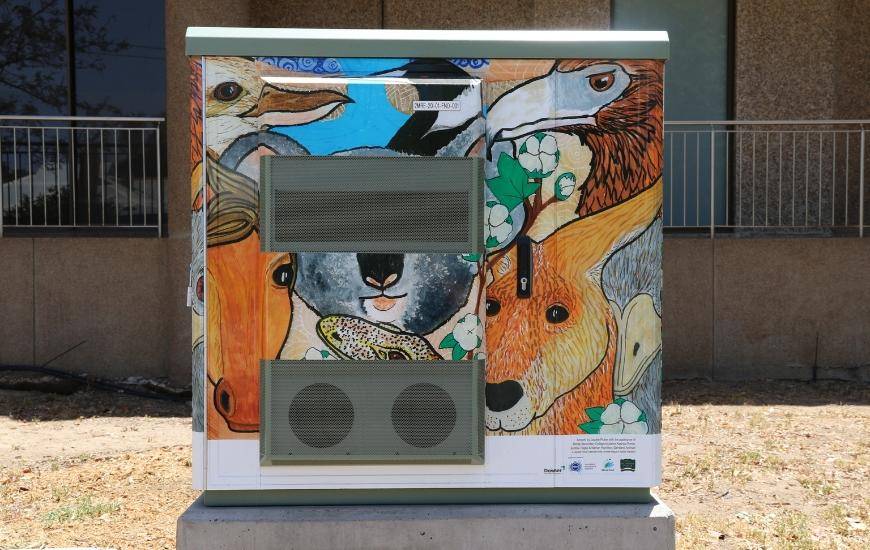 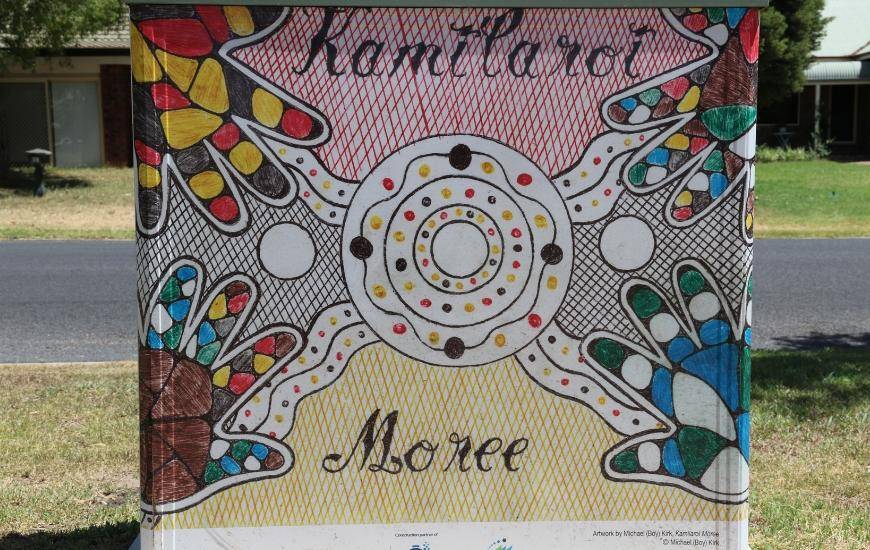 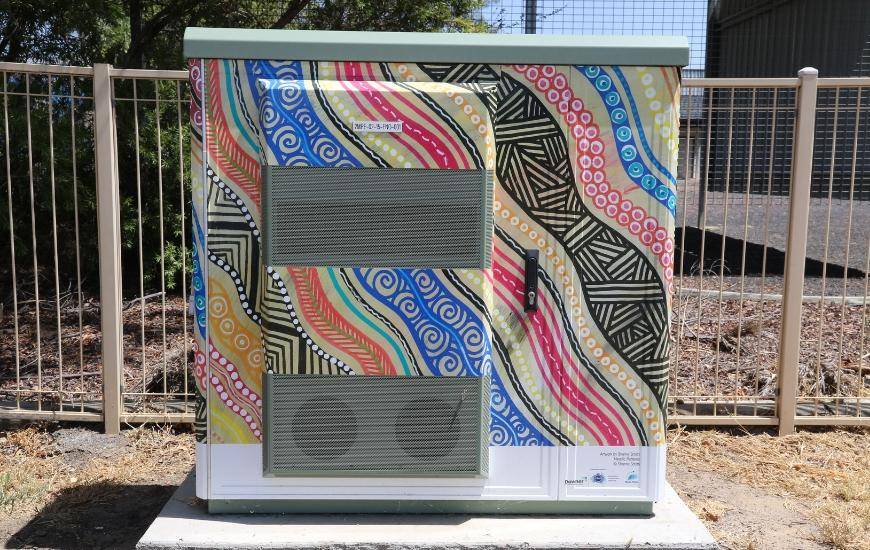 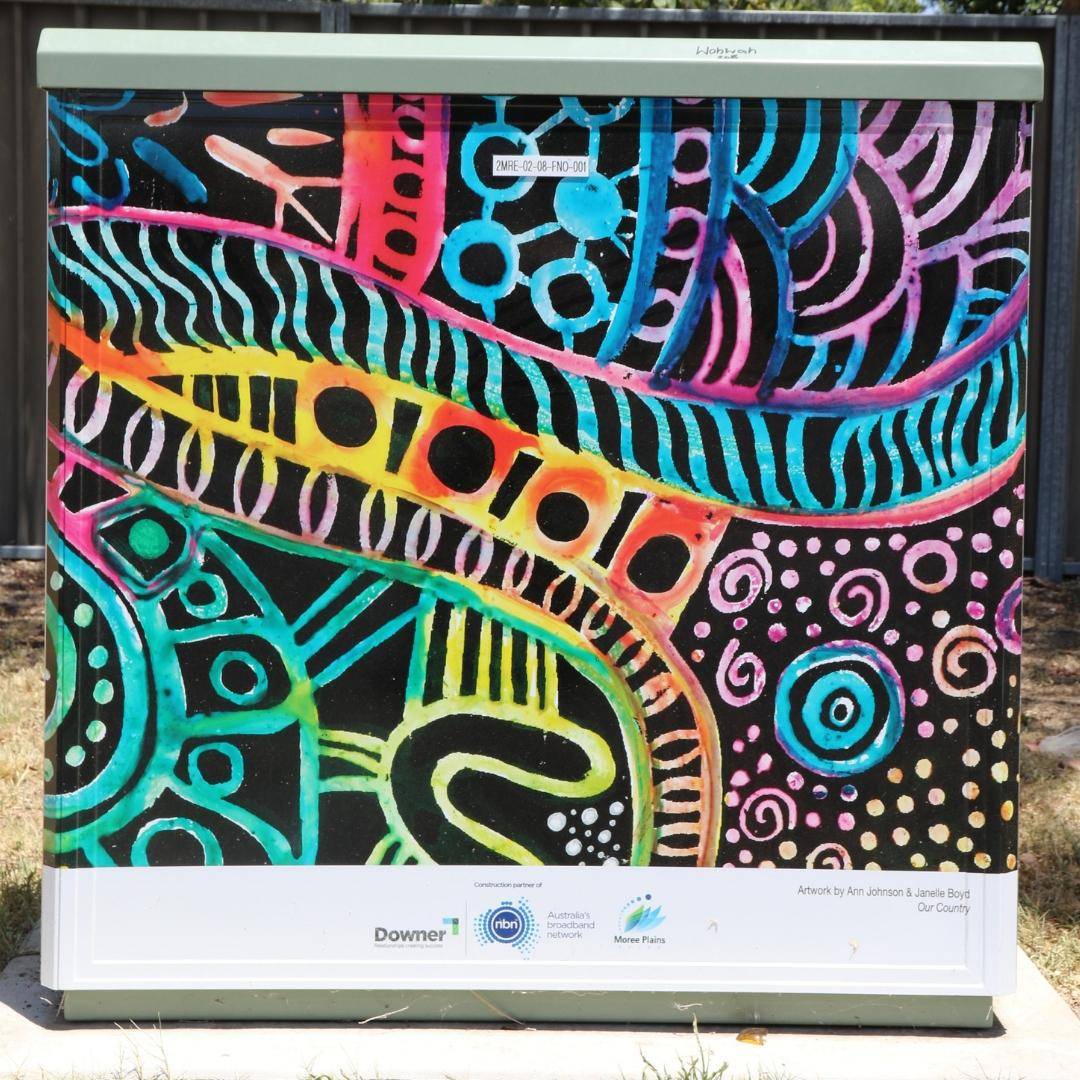 Amber Dornbusch, Head of nbn™ local for NSW and the ACT, adds, “It’s great to see the positive results of this collaboration between local Council, our Delivery Partner and NBN Co. Not only is it a chance for school children to share their artistic talent with the community, it’s also an appealing addition to the streets of Moree.”

And Moree isn’t the only Australian community to give its nodes an artistic makeover.

From Wyong, Coffs Harbour and Albury in New South Wales; Ballarat, Wodonga and Whittlesea in Victoria; Rockhampton and Mount Isa in Queensland; to Broome and Armadale in Western Australia, there are plenty of artists keen to add their masterpiece to NBN Co’s wide ranging infrastructure.

About the node art

“We often receive enquiries from local government authorities and community groups – as well as from internal groups at NBN Co, such as the Reconciliation Action Plan team – about using artwork to enhance the appearance of nodes,” explains Narelle Aylett, National Stakeholder Engagement Lead at NBN Co.

“It’s a great idea. This art can help to strengthen stakeholder relationships, promote community goodwill and enhance the streetscape. Plus, they help to combat graffiti.”

Where paint was once directly applied to the nodes, more recently, vinyl wraps are used due to being scratch and weather-resistant, easier to clean and longer-lasting.

In another example, in Albury, the council worked with NBN Co’s Delivery Partner Decon Technologies to wrap the first of its nodes. The project proved so successful that Albury City Council today continues to fund node artworks within its municipality. 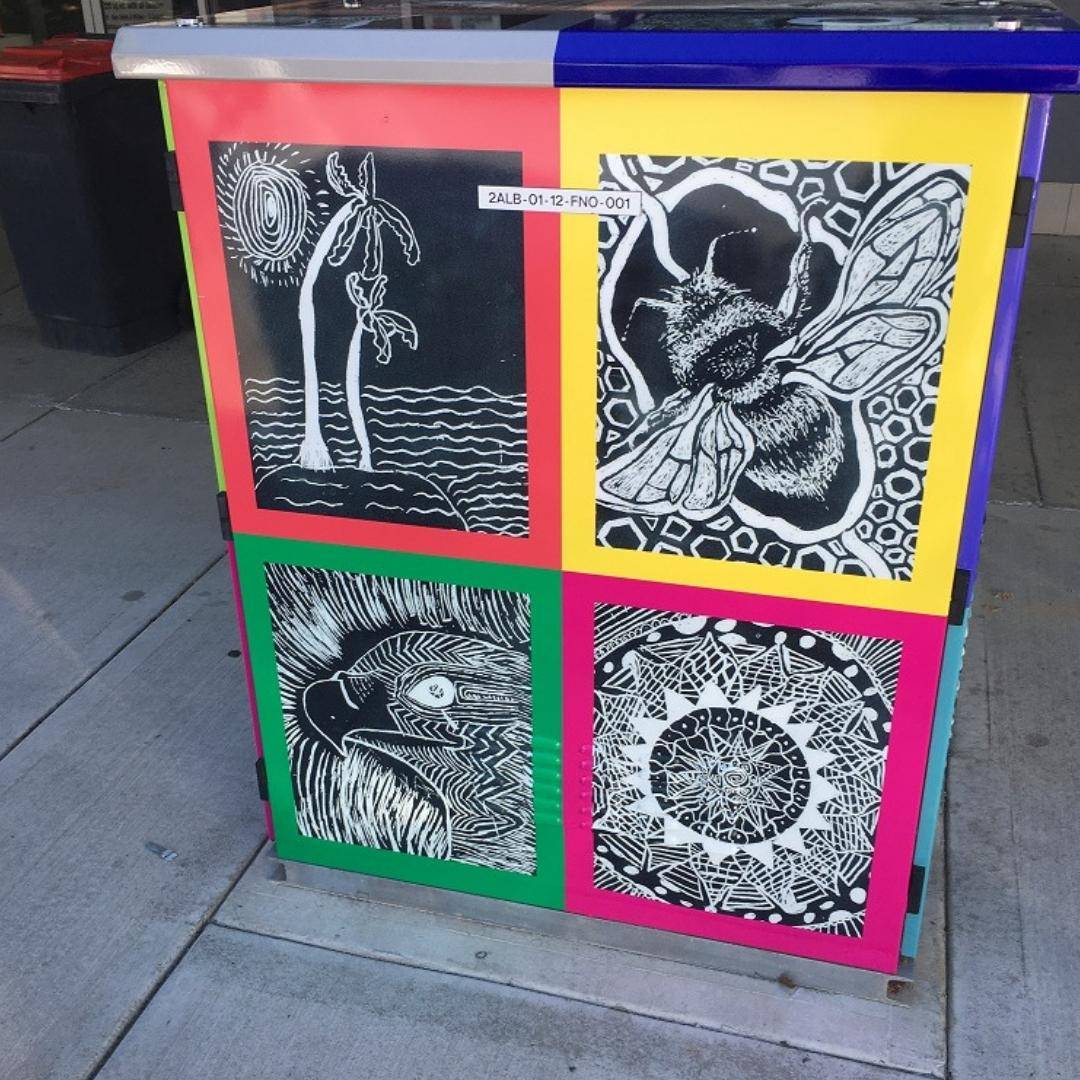 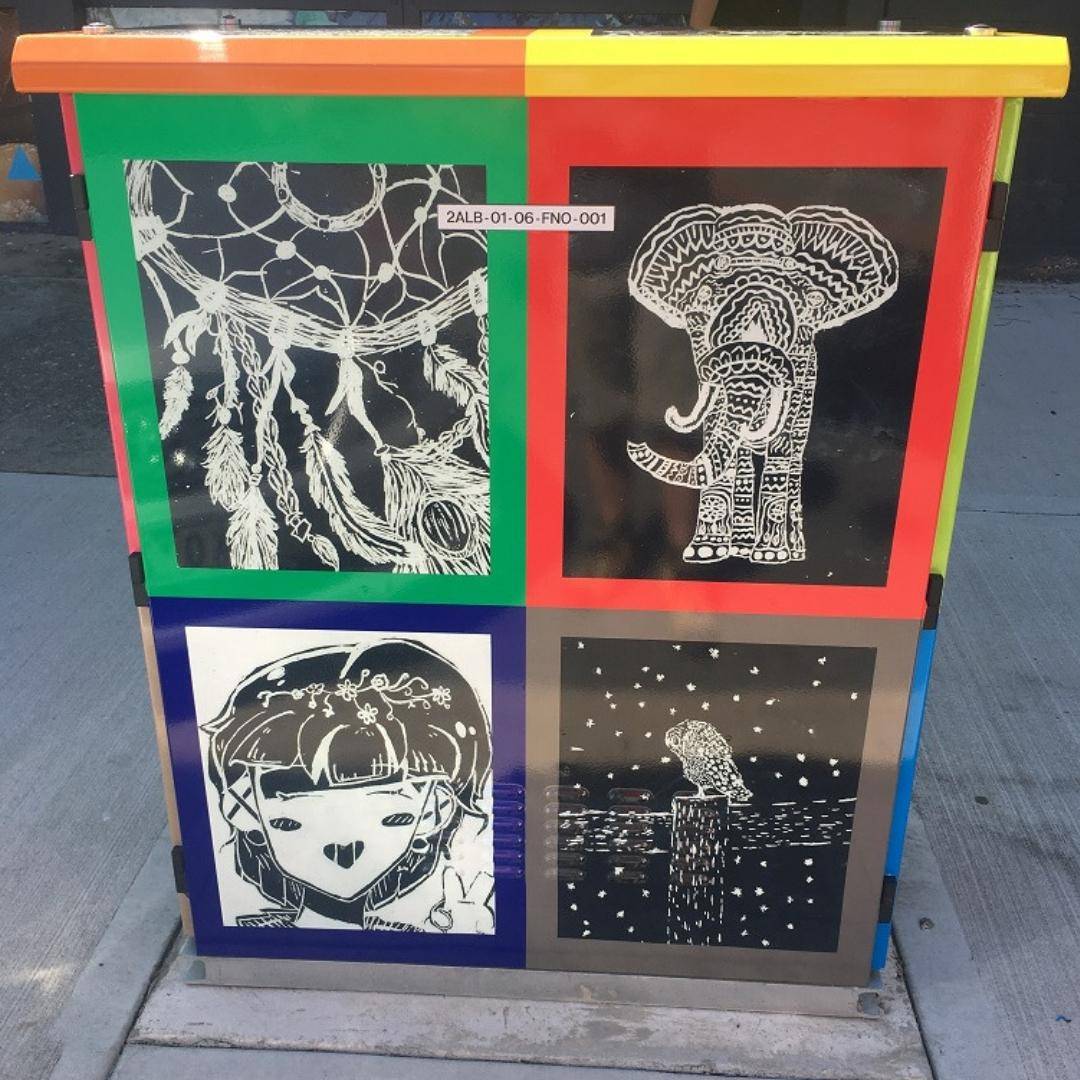 With a growing list of councils looking to embrace the node art concept, Aylett explains that it all starts with the community.

“It’s the local government authorities who coordinate the artwork in conjunction with other parties. This could include school groups, the First Peoples community, local artists and printing companies.

“It’s not a completely blank canvas, either. The printing company is required to attend the site to measure the node. This task is time-consuming, as air exit and entry paths, and nbn™ identity tags can’t be covered. Once everything is ready, the actual wrapping of a node only takes about two hours.”

Fine-tuning the process has been time well spent, with the concept expanding across the country. And the locals seem to love it.

“Generally, local government authorities and the community embrace the node art,” shares Aylett. “It’s a chance for local artists, First Peoples communities and school children to showcase their artwork, and it promotes a healthy community relationship."

So where can you spot some node art?

Here are just some of the locations across Australia you can spy colourful and talented node art: 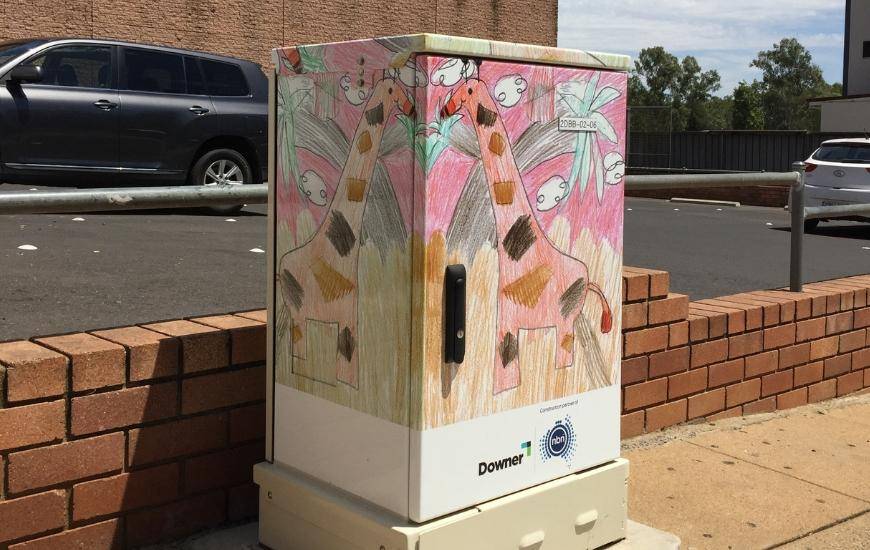 A community-based initiative by Downer, a host of local primary schools got involved in a competition, with students submitting their work in the hope of being one of the 12 selected to have their art featured on nodes in and around Dubbo.

Says Ian Scott, nbn™ local Manager NSW – North and West, “The theme is all about Dubbo Zoo, so the nodes have kids’ drawings of zoo creatures on them. It’s a great addition to the feel of the streets in Dubbo.” 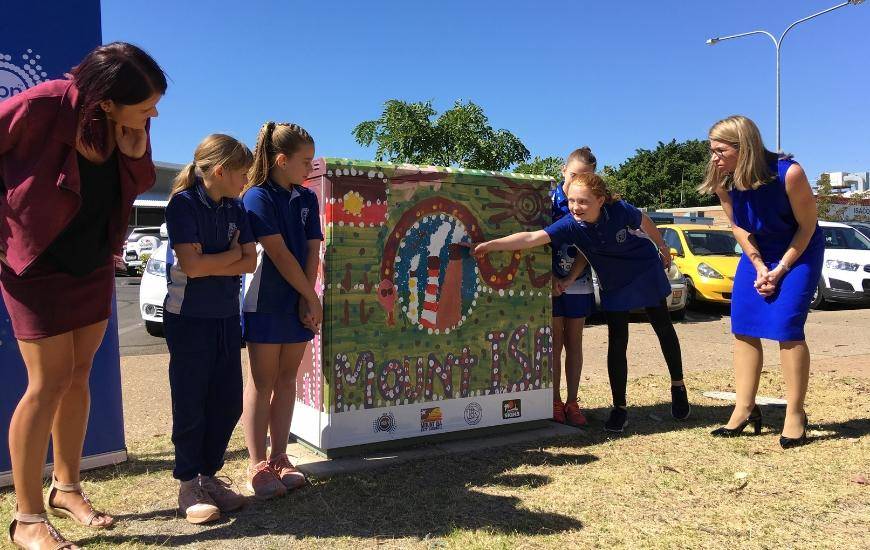 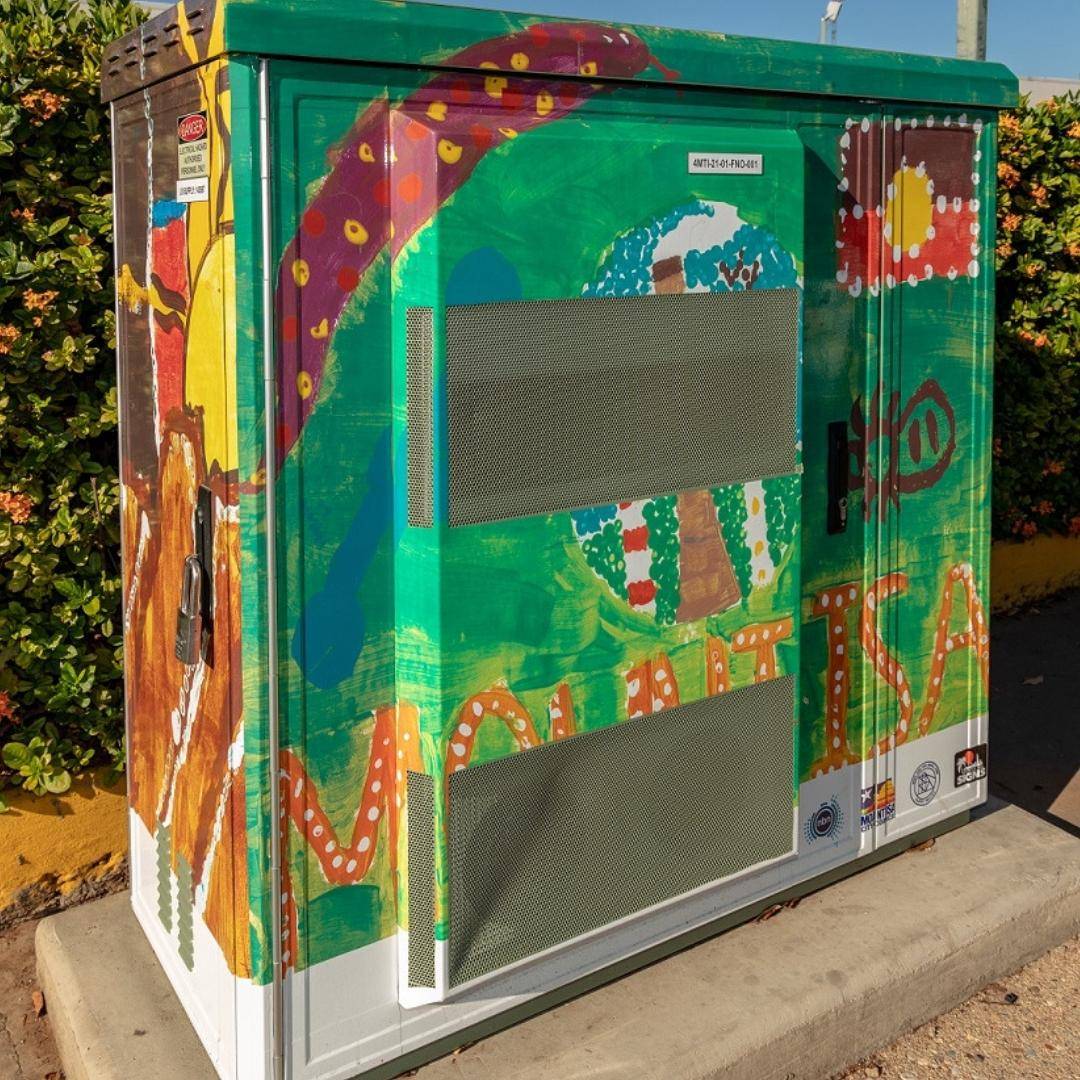 The popular initiative even sparked a ‘spot the wrapped node’ scavenger hunt on local social media. 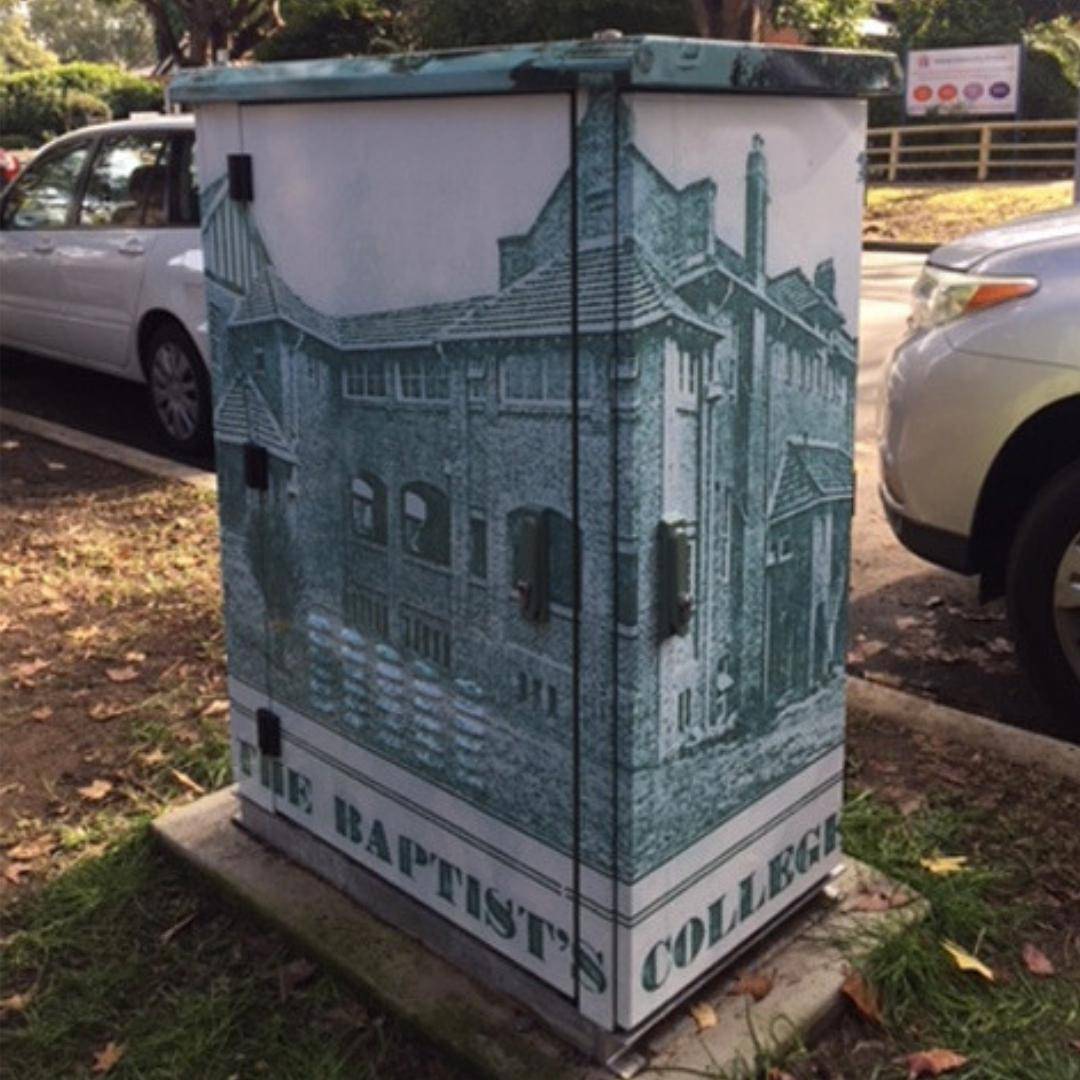 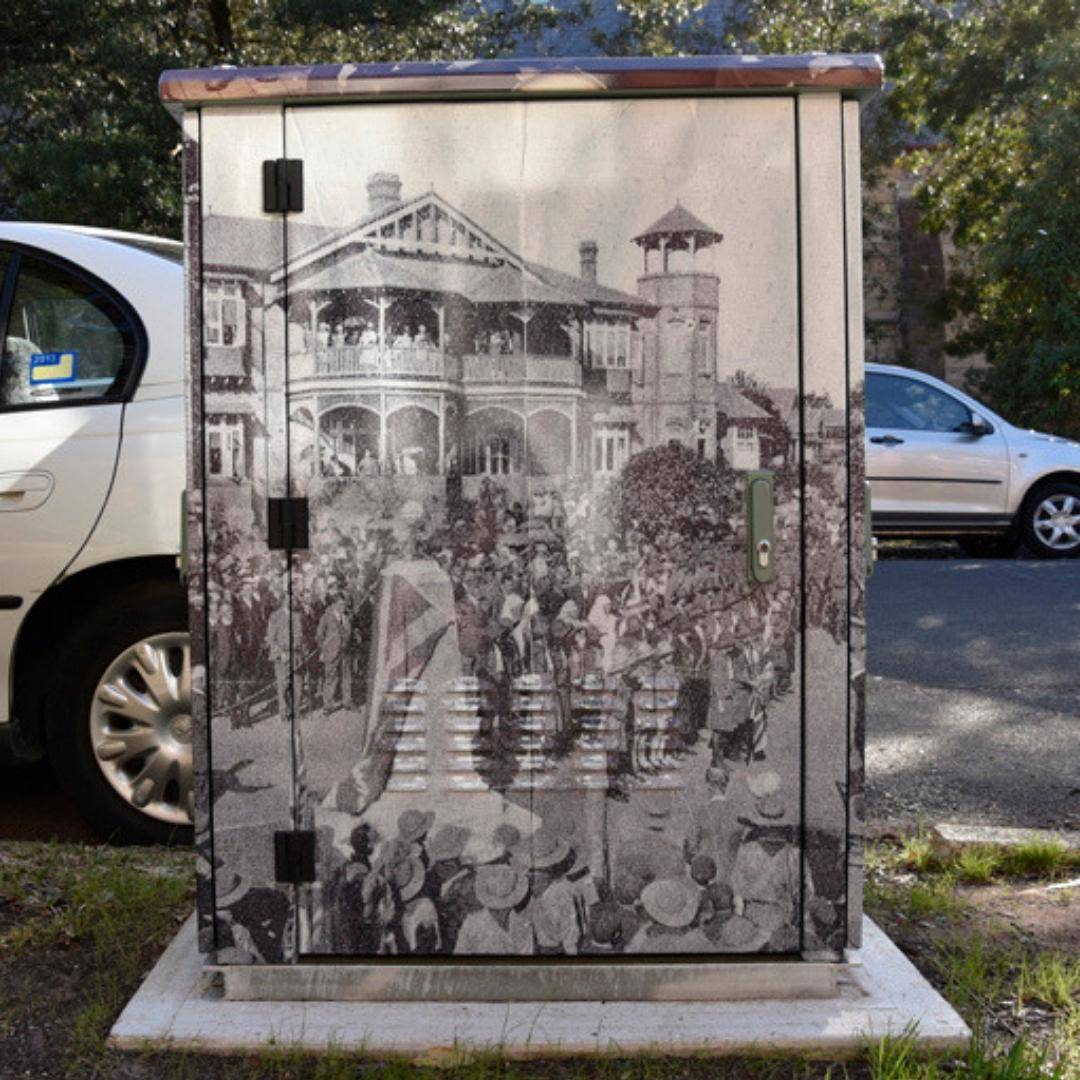 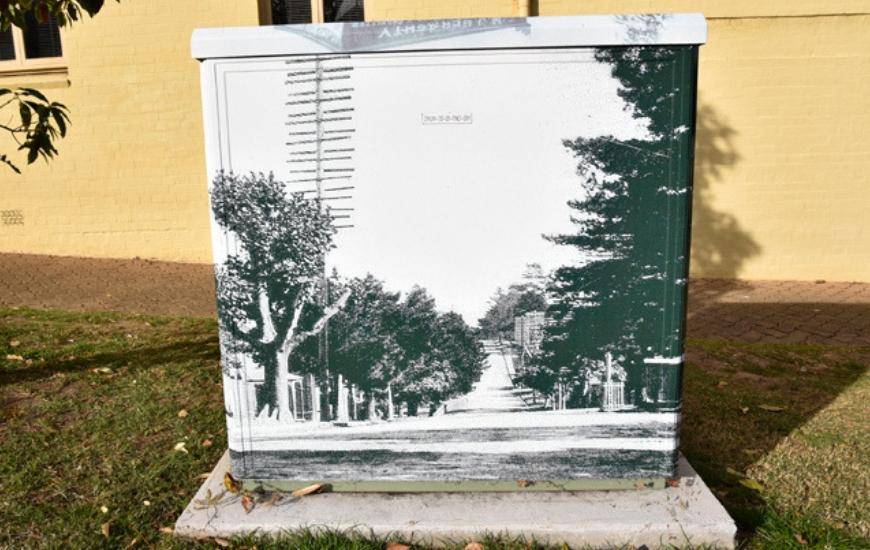 Previous image
Next image
Head to Sydney’s North Shore and you’ll find nodes decorated with historical images that relate to the street upon which each node sits. Featured in six locations, the initiative was a collaboration between NBN Co Delivery Partner Visionstream, Hunters Hill Council and NBN Co. 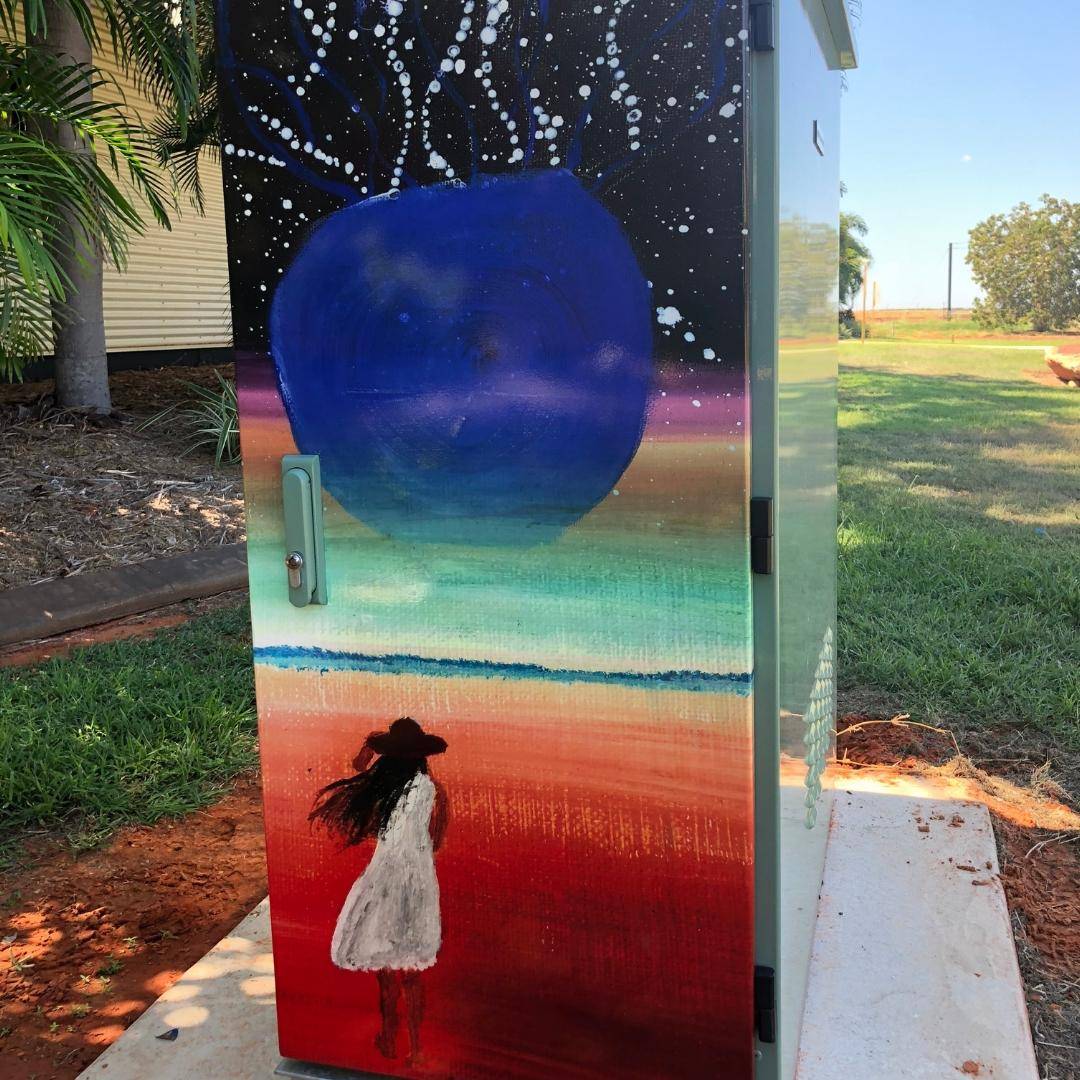 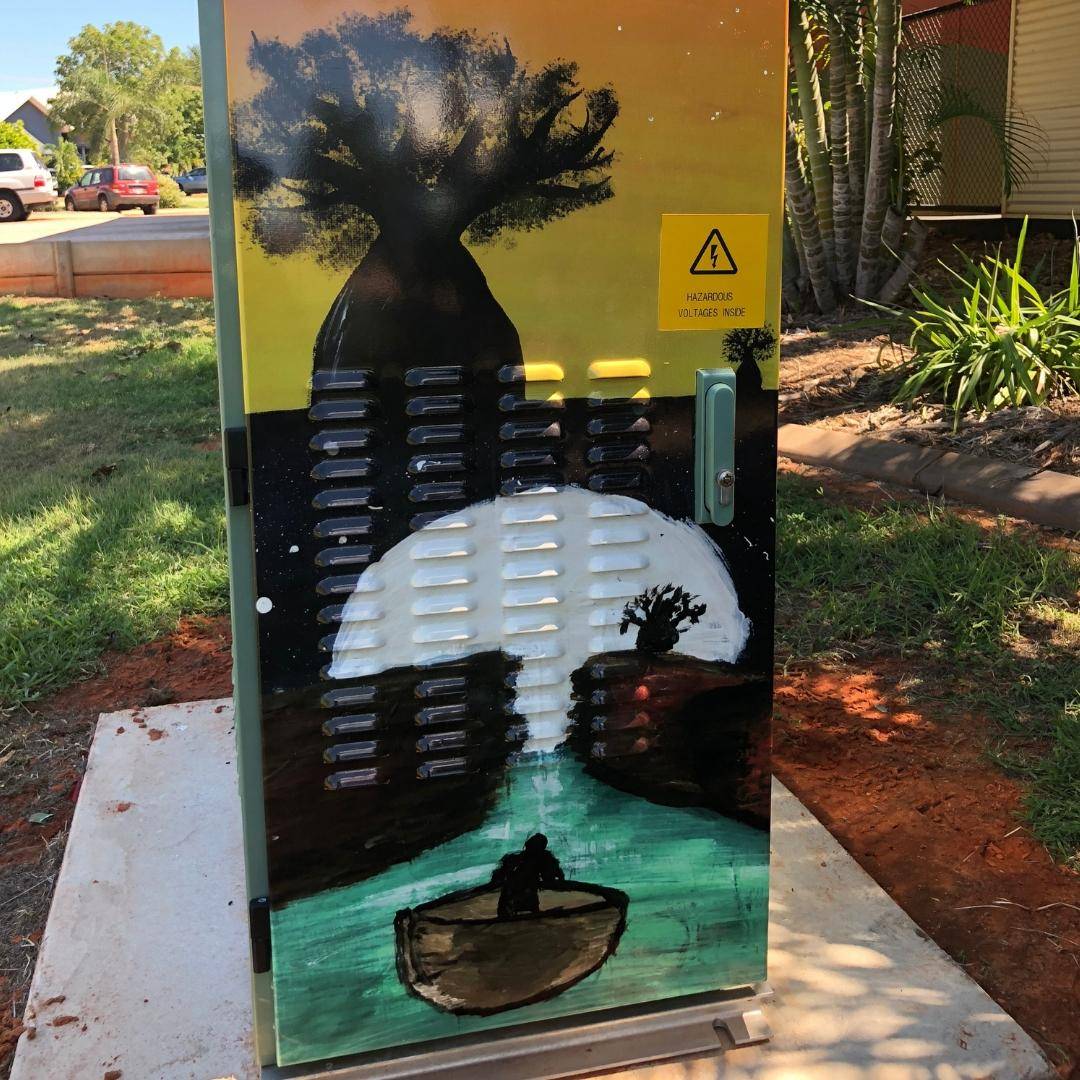 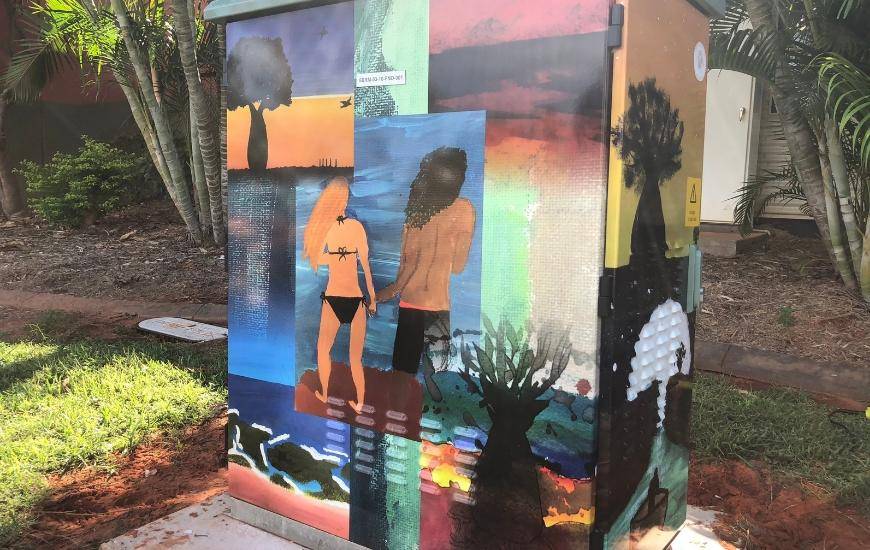 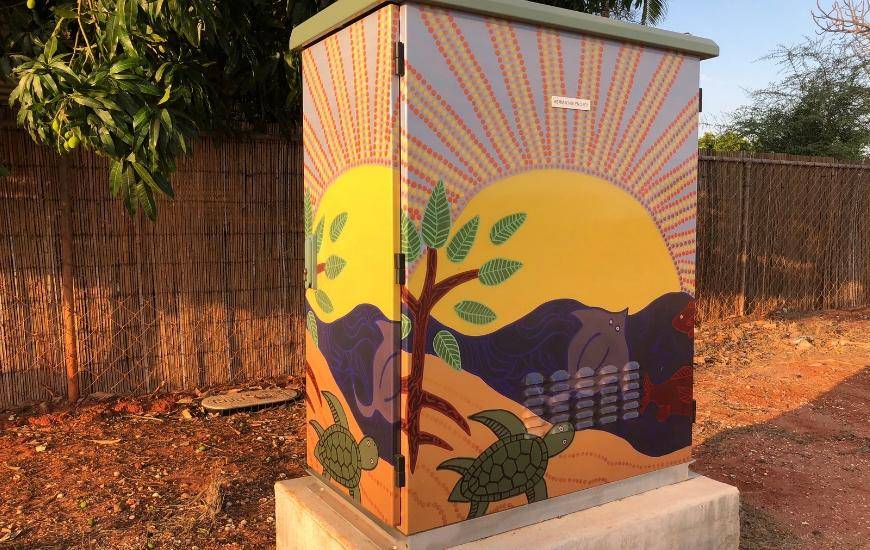 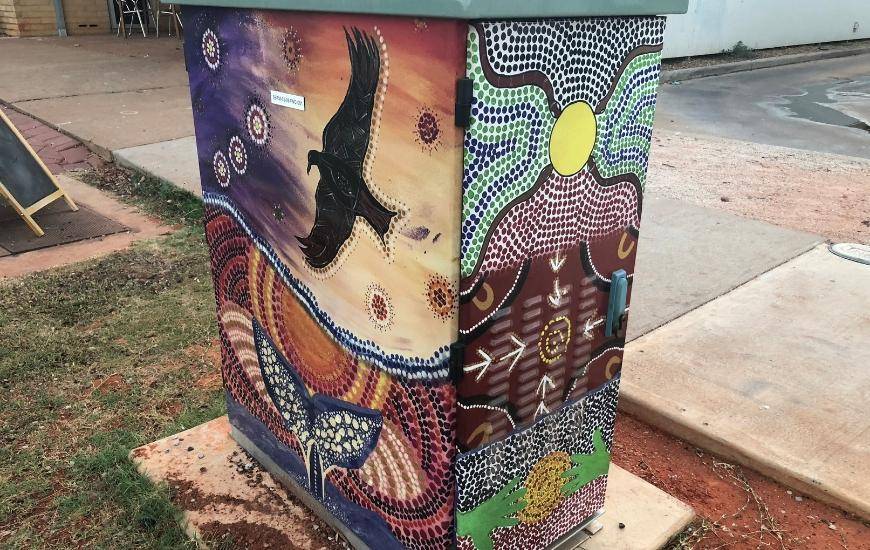 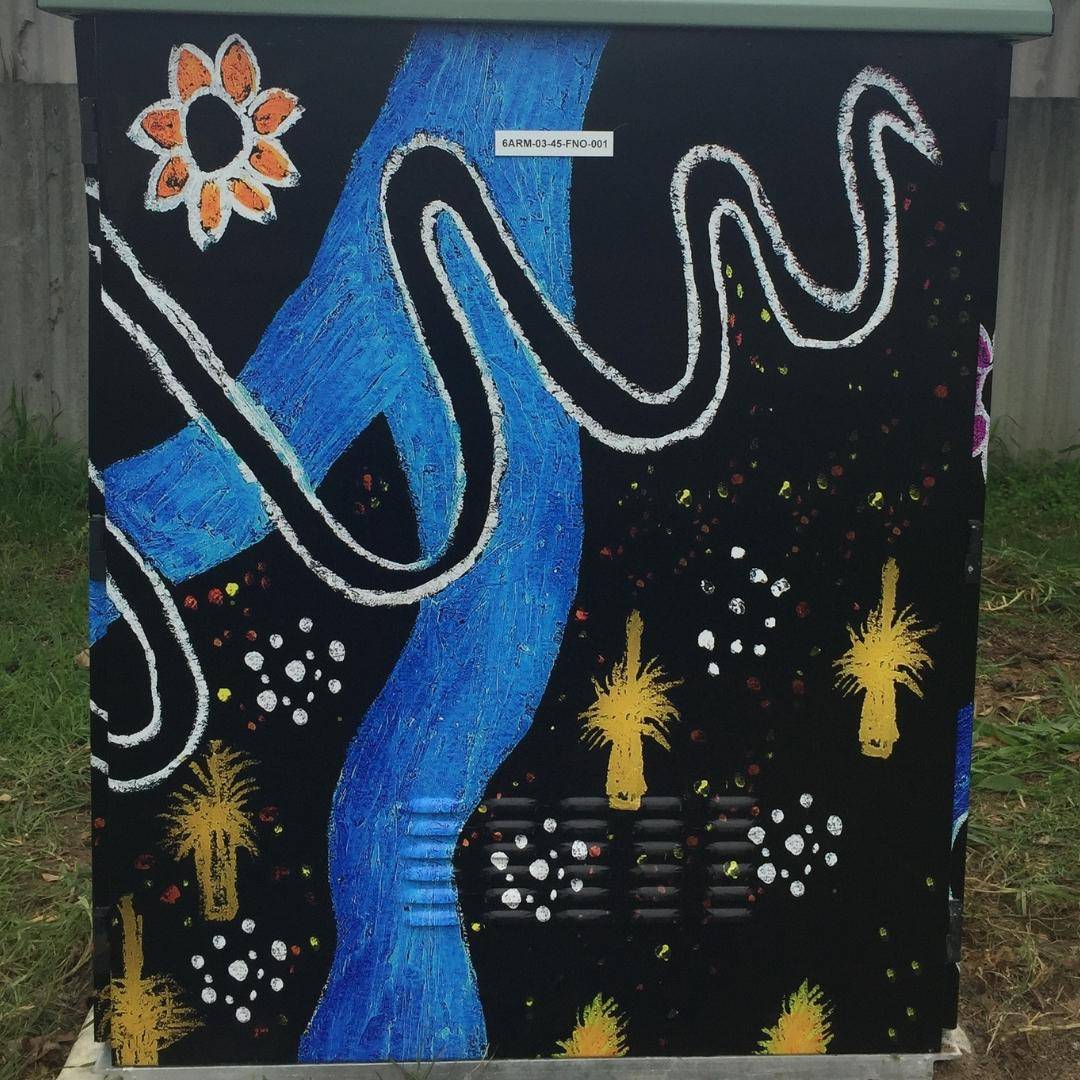 Says Jane McNamara, nbn™ local Manager WA, “The initiative was a wonderful opportunity to add colour and vibrancy to the infrastructure, and to create artwork that reflects the children’s connection to Broome’s cultural and heritage diversity.” 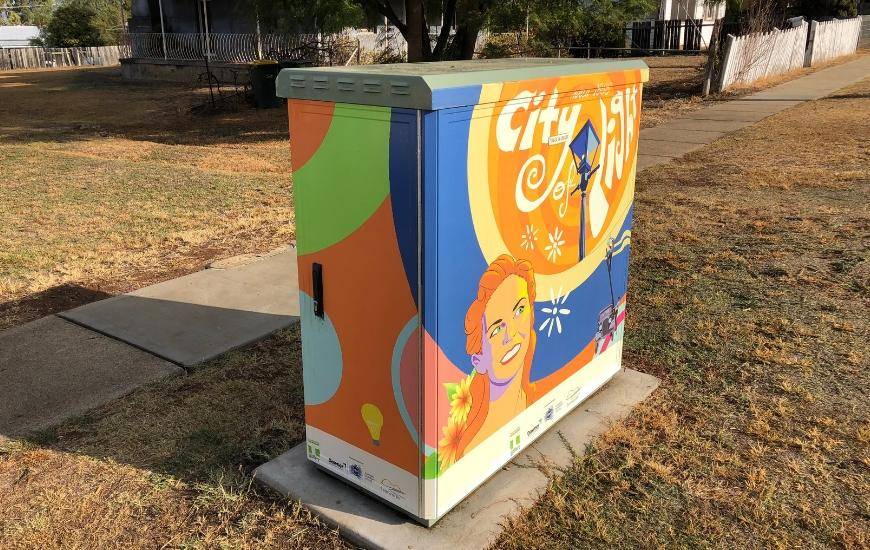 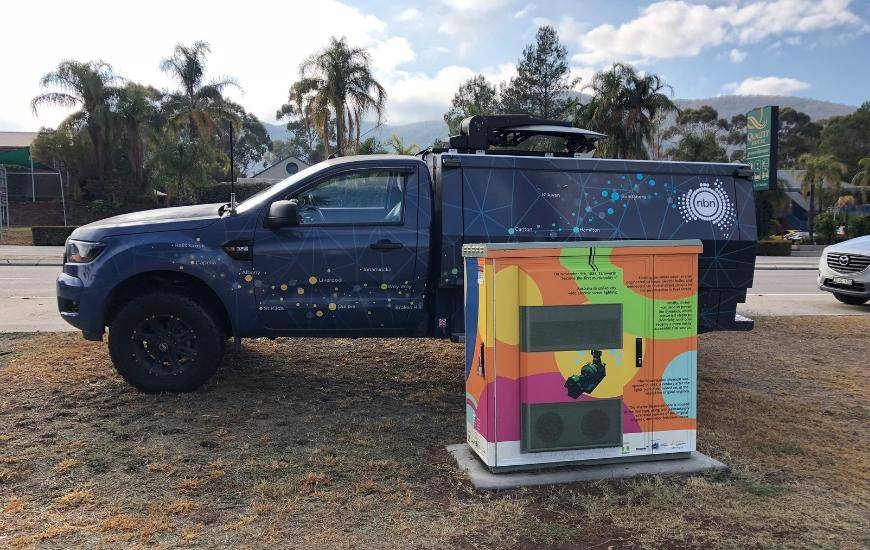 Previous image
Next image
In Tamworth, it was also up to the kids to make their masterpiece mark in the initiative run by Downer. The artwork by local primary school students was inspired by their town being the first place in Australia to implement electric street lighting powered by a municipal power company. What a bright idea! 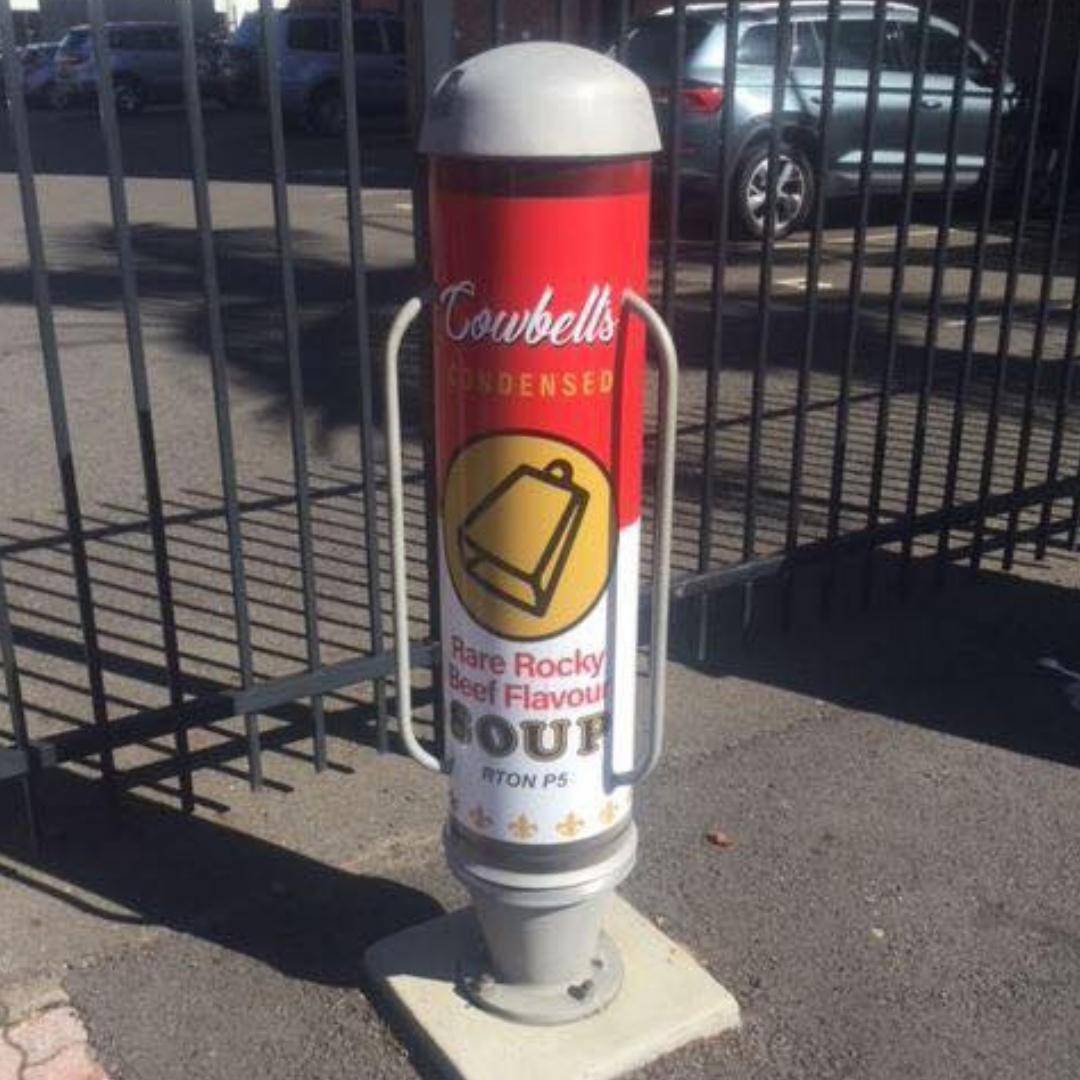 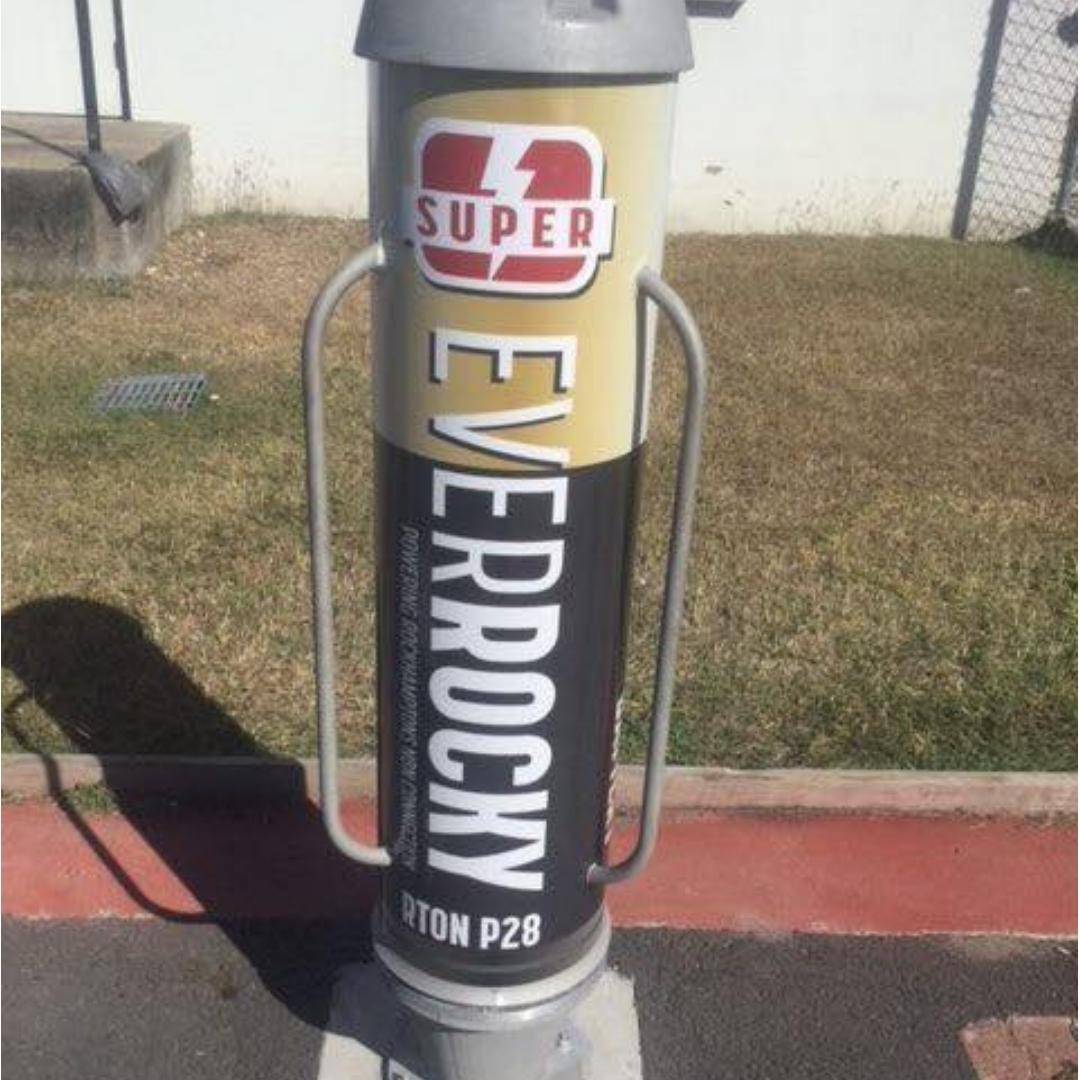 And it’s not just nodes that have received the artistic treatment, as these prettied-up pillars prove. As part of its community beautification exercise, Rockhampton Regional Council approached NBN Co for permission to paint and wrap some of our pillars, which play an important role in connecting homes to our network.

Says Damon Cavalchini, nbn™ local Manager – Southern Queensland, “We just asked them to make sure the pillar ID number wasn’t covered or the locking mechanism compromised, and that the artwork was suitable for the community.”

These fun (and clever) artworks were the entertaining result.

So next time you’re out and about, keep your eyes peeled. You never know where you might spot some artwork on NBN Co’s network infrastructure.

And we’re rapt with the results.