Rolling out across the country: stunning Port Douglas

By: Jennifer Kiely Hurst | The nbn™ project | Published on 22 November 2017
Share on Twitter Share on Facebook Share on LinkedIn
As we roll out our network, we’re fortunate to explore the many breathtaking locations that grace our wide and sunburnt land. This week we head to Port Douglas, which is now ready for service, to find out what puts it #onthemap…

Serendipitously sandwiched between two World Heritage sites – the Great Barrier Reef and the Daintree Rainforest – is the stunning Port Douglas. Home to 3,200-odd lucky locals, ‘Port’ (as it’s known to those in the know) is a favourite destination for domestic and international holidaymakers alike.

Port Douglas is now ready for service on the nbn™ broadband access network, bringing connectivity and access to fast broadband to the local people, business owners and visiting tourists of the region. This is further demonstration of why a recent report found nbn to be leading the world in commitment to rural and regional broadband, and our commitment to bring the network to Australian homes and businesses and complete the rollout by 2020.

Nestled in Far North Queensland on the glistening (and aptly named) Coral Sea, it’s just an hour’s drive north from Cairns along the Captain Cook Highway – meandering through Yorkeys Knob, Palm Cove and the Kuranda National Park – to reach the popular resort village.

“Tourists from across the globe are drawn to Port Douglas for its lavish hotels, breathtaking tropical scenery and relaxed vibe. It’s a hive of economic activity for the Douglas Shire. This is why fast, efficient and reliable internet connection is vital for our local businesses, which are out there promoting and selling the Far North to the rest of the world. The (nbn™ broadband access network) rollout is a welcome boost for locals and is helping put Port Douglas on the map.” 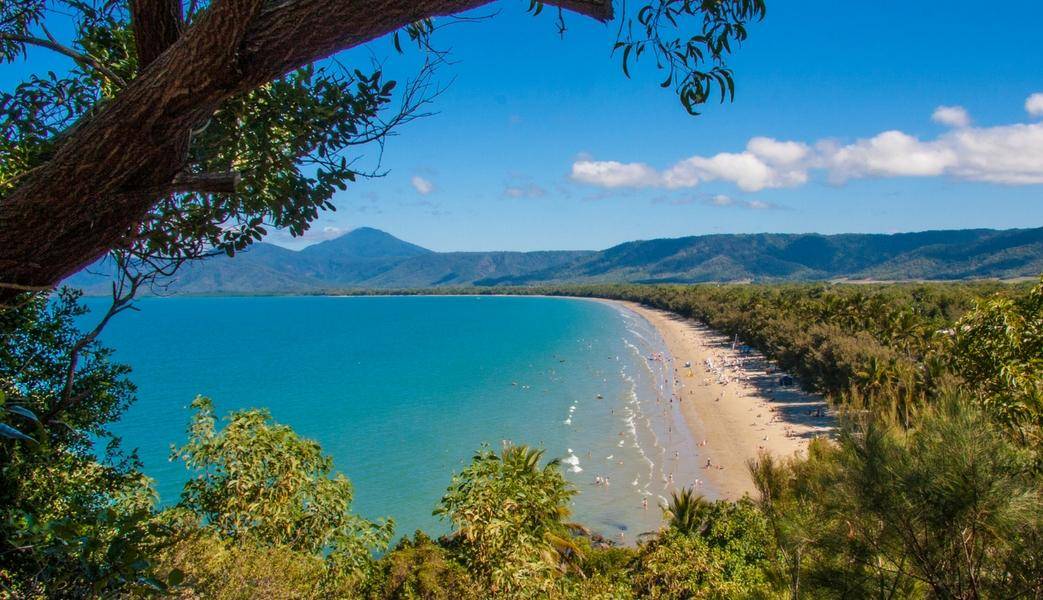 A gold rush port founded in 1877 and named for the state’s premier of the day, Port Douglas quickly put down roots with banks, hotels and newspapers springing up within its first two years, as well as a court house and the Port Douglas State School. Today, just one of its claims to fame is being the gateway to the world’s largest individual formation created by living organisms: the Great Barrier Reef.

One of the seven wonders of the natural world alongside the likes of the Grand Canyon, Northern Lights and Mount Everest, the reef – which, at 344,000 square kilometres, can be seen from outer space – comprises more than 900 islands, almost 3,000 separate reefs, and is the world’s largest made from coral.

Set sail from Port Douglas Marina and gear up with snorkel or scuba to witness the breathtaking array of colours, shapes and sizes below deck. From countless coral varieties to schools of swirling and darting fish, as well as anemones, sponges, starfish, rays, turtles, eels and (much) more, there’s no shortage of underwater delights to spy.

And while it may only be 15 minutes away by speed boat, Port Douglas’ other World Heritage-listed neighbour, the Daintree Rainforest, is also just a hop, skip and 20-minute drive away. 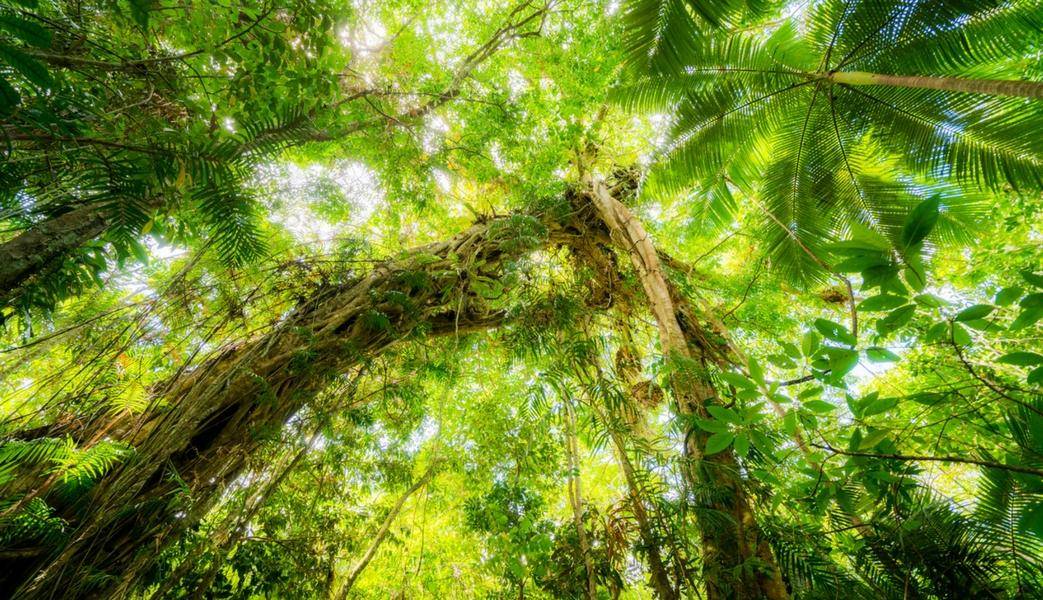 Reportedly providing inspiration for the movie Avatar, the Daintree Rainforest spans 1,200 square kilometres (that’s 900,000 hectares) and provides shelter to the largest range of plants and animals anywhere in the world. It’s also home to the most species that are rare or threatened with extinction and, at more than 135 million years old, is the oldest living rainforest on Earth.

Just some of the fauna you can expect to see in the Daintree include two of the most dangerous creatures found in Australia (and on Earth) – the crocodile and the cassowary.

Within the rainforest, at its southern point, you’ll also find the magnificent Mossman Gorge with its granite boulders and crystal cool, freshwater swimming holes. (Always check with experts before swimming – be croc-wise!) Here you can gain a true insight into the ways of indigenous Australians and how they connect with the land. Take a Dreamtime Gorge walk with a traditional guide from the Kuku Yalanji tribe who’ve called the Daintree home for the past 9,000 years.

Surely, between them, the Great Barrier Reef and Daintree Rainforest make up everything that puts Port Douglas on the map? But, not so. 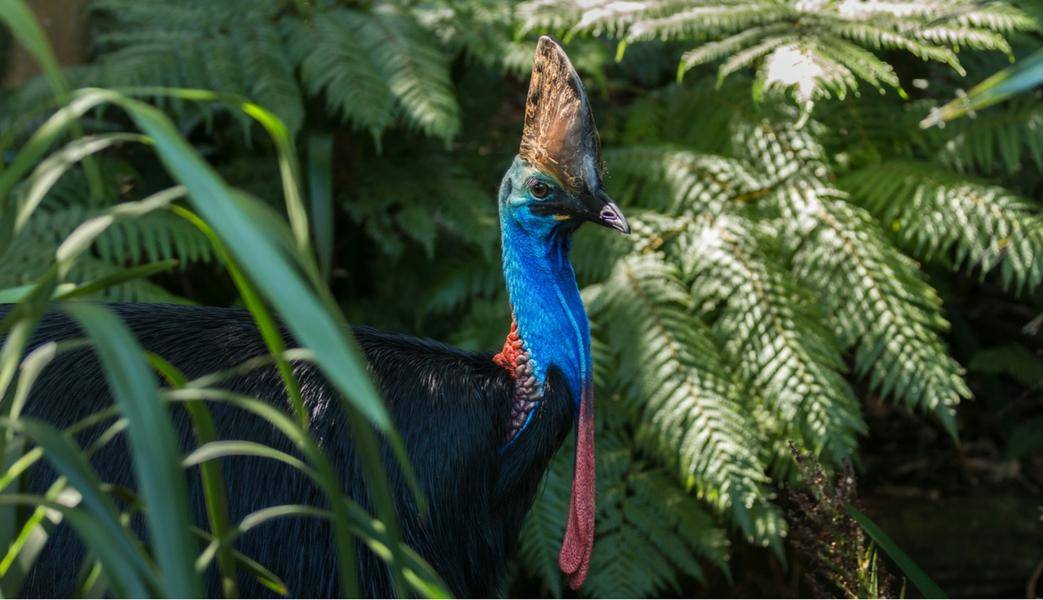 A cassowary in the Daintree National Rainforest.

And while its beauty and charms are obvious to all who’ve hung up their snorkel in Port Douglas – briefly or permanently – the town is keen to show filmmakers far and wide that Port is a premier movie location too.

The Port Shorts Film Festival recently wrapped for 2017 with ambassadors/judges Matt Hearn (Wolf Creek) and Stephen Curry (The Castle, The Cup) leading the cinematic charge. Plus, the Douglas Shire’s Film Locations Database shares the raft of picture-perfect spots available in which to set up one’s tripod.

So what will access to our network mean for the people of Port Douglas, their visitors and the community?

Says Mayor of Douglas Shire Council Julia Leu, “Tourists from across the globe are drawn to Port Douglas for its lavish hotels, breathtaking tropical scenery and relaxed vibe. It’s a hive of economic activity for the Douglas Shire. This is why fast, efficient and reliable internet connection is vital for our local businesses, which are out there promoting and selling the Far North to the rest of the world. The (nbn™ broadband access network) rollout is a welcome boost for locals and is helping put Port Douglas on the map.”

nbn™ local Manager, Far North and North Queensland, Marcello Massi, agrees: “We’re pleased to be delivering our services to Port Douglas, and contributing to the economic prosperity of the region. We know places like these are highly popular with those looking to make the move for lifestyle reasons, while still enjoying business success. It’s exciting to be part of the future of Port Douglas.”

Discover what puts Barossa on the map.