Fibre-to-the-Premises is a type of nbn™ network technology used in certain Australian areas. Here’s how it works. 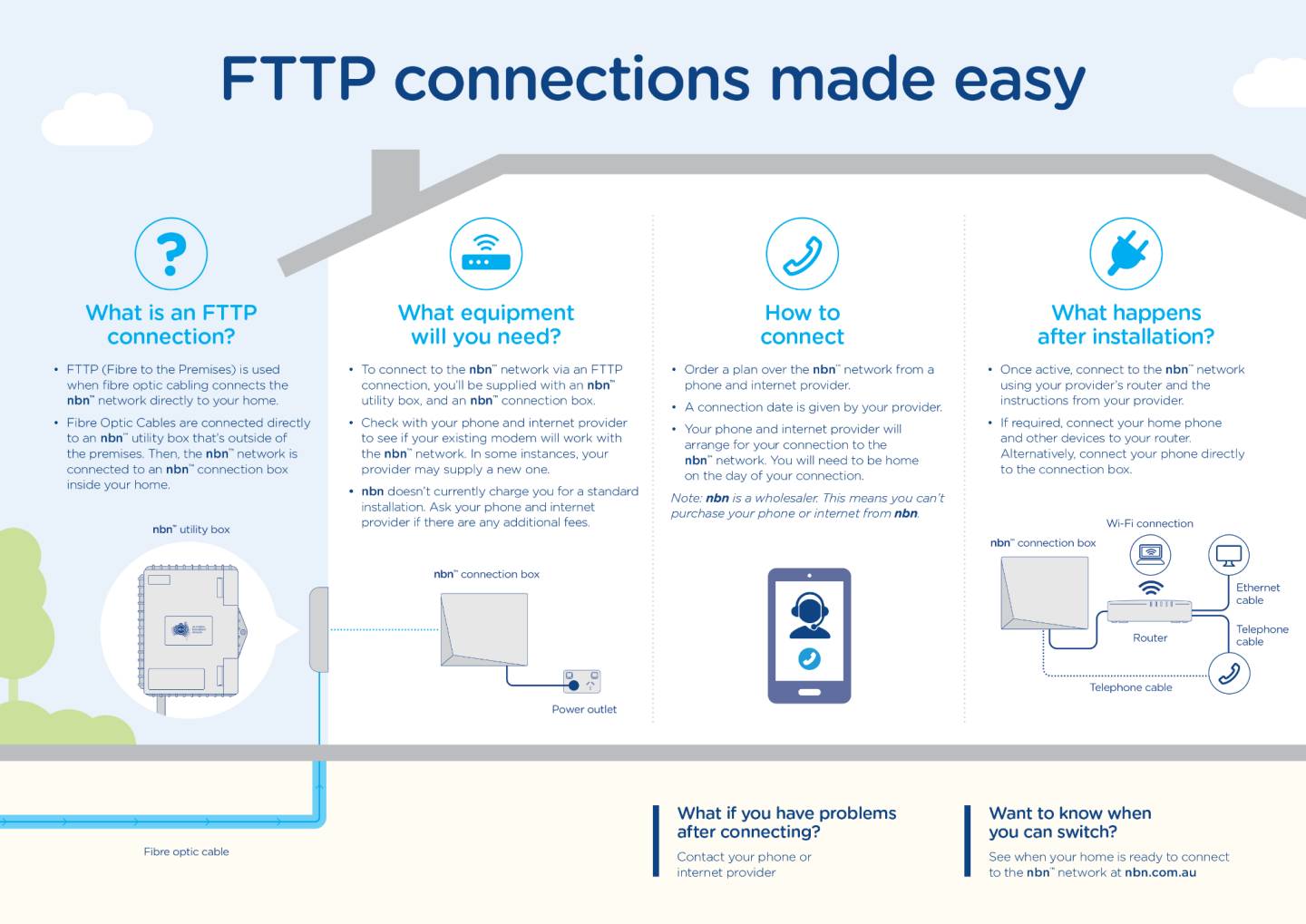 These fixed line technologies will shortly be joined by Fibre-to-the-Curb (FTTC), which is currently in a trial phase.

The various technologies that make up the nbn™ MTM vary in how they connect end-user premises to the nbn™ network.

A Fibre-to-the-Premises connection involves fibre optic cables being responsible for data transfer at every point through the nbn™ network.

The fibre cable is connected directly to a utility box on the outside of a premises, which in turn is connected to an nbn™ connection box inside the same premises. All of this hardware is supplied by nbn, and must be installed by an approved nbn™ installer.

It is important to note that nbn is a wholesaler. We sell to RSPs, who in turn sell their products on to the end user.

End users should speak with a preferred RSP to discuss which plan is best suited to their needs.

Access to an FTTP connection is expected to be available to up to 2.5 million premises by the end of the rollout in 2020.

To check if access to an FTTP connection is currently available at a certain address, or will become available as part of the rollout, enter your address on the nbn™ website.

Why use a mixed-technology model?

Ultimately, providing access to an FTTP connection to every premises in Australia was proving too slow and too expensive.

By using the MTM approach, we can speed up the nbn™ network rollout by taking advantage of existing network infrastructure.

Despite this, it should be noted that nbn is upgrading and replacing the majority of Australia’s existing copper telecommunications network.

The nbn™ rollout is one of the largest transformations to Australia’s telecommunications industry, with the end goal of providing access to fast internet connectivity to all Australians.

The future of FTTP

It is important to remember that these were lab trials, and real-world implementation is likely to differ from anything achieved in a closed test. Still, it demonstrates potentially exciting opportunities for the future of FTTP in Australia.

NG-PON2 could even have the potential to extend beyond these speeds as the technology advances. 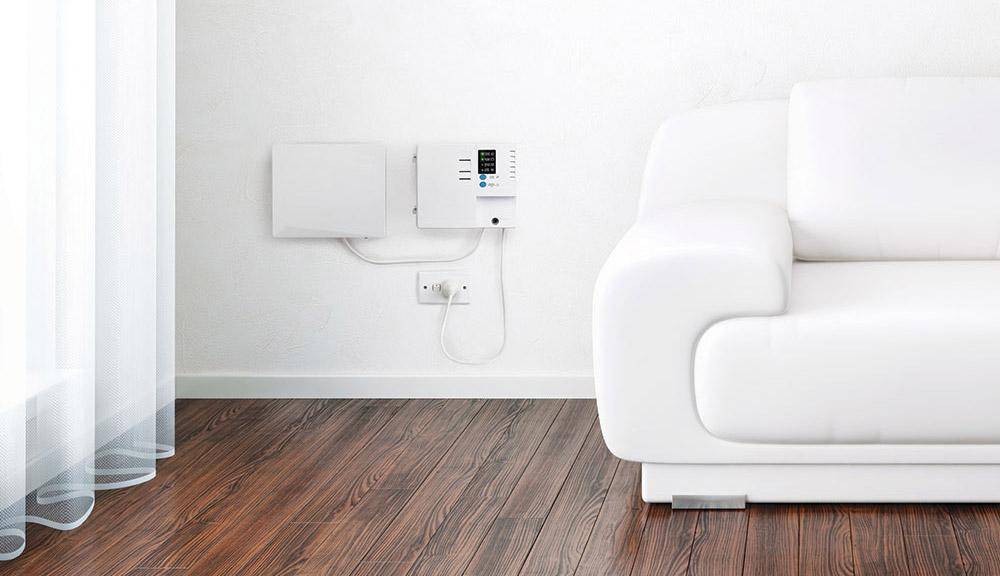 At the moment, FTTP tends to apply to single-detached dwellings, as opposed to a multi-dwelling unit (MDU), such as apartment blocks.

If an MDU’s fibre cabling is not up to nbn™ network standards, or if the MDU has copper cabling utilised internally, the Fibre-to-the-Building (FTTB) connection type is often employed by nbn instead.

A Fibre-to-the-Premises connection requires the installation of equipment on an external and internal wall of an end user’s premises.

This work is performed by an approved nbn™ installer. A standard installation for premises migrating from an existing network onto the nbn™ network is provided free of charge. End users should check with a preferred RSP for potential additional fees.

Appointments for installation will also need to be booked through an end user’s preferred RSP.

An end user may be able to choose a suitable location for the external nbn™ utility box and the internal nbn™ connection box.

FTTP during a power blackout

With Fibre to the Premises (FTTP), nbn supplies and installs a connection box within your home or business which requires power to operate. Optional battery backup is available from nbn, but you need to speak to your service provider to order a telephone service that uses the battery backup.

This service needs to be used with a telephone that does not require mains power to be able to operate during a blackout. Unless you have battery backup and a corded phone correctly connected, your phone won’t operate in a blackout.

Battery Backup is required for Priority Assistance customers. If you have a life-threatening illness, please discuss this with your service provider.

During a power blackout, battery backup may last for approximately five hours (this includes the battery emergency reserve which offers approximately three to three and a half hours initially, and around another one and a half hours once the ‘Battery Emergency’ button is pressed). All mains powered equipment connected to the nbn™ network will need its own separate battery backup to work in a power outage.

End users also require a router that’s compatible with the nbn™ network to share the internet connection locally in their premises. A router may be provided by an end user’s preferred RSP or the end user may need to provide a BYO device.

People with existing routers should also discuss device compatibility with a preferred RSP.

Visit the nbn™ website to check whether Fibre-to-the-Premises is currently available in your area, or if it will become available as part of the rollout.

* We’re designing the nbn™ network to provide these speeds to our wholesale customers, telephone and internet service providers. Your experience including the speeds actually achieved over the nbn™ network depends on technology over which services are delivered to your premises and some factors outside our control like your equipment quality, software, broadband plans, signal reception and how your service provider designs its network.

^ nbn provides services to its wholesale customers, telephone and internet service providers, and does not provide services directly to end users. These speeds were achieved by end users in the context of a trial and are not necessarily reflective of the speeds that will be experienced by end users. End user experience including the speeds actually achieved over the nbn™ network depends on the technology over which services are delivered to their premises and some factors outside our control like equipment quality, software, broadband plans, signal reception and how the end user’s service provider designs its network.