Sitting at the kitchen table in her underground home in Coober Pedy, Chevahn Hoad recalls how her family once had to huddle near the front door, or even go outside, if they wanted to get online. That is, until recently.

“The only way we could access the internet was via mobile phone and that was the only place in the house where it would work,” she says, referring to the excellent signal blocking qualities of her subterranean abode’s sandstone walls.

“Our download limits were quite small, so the kids got used to me saying no. We did this for eight years. It’s amazing what you get used to.” 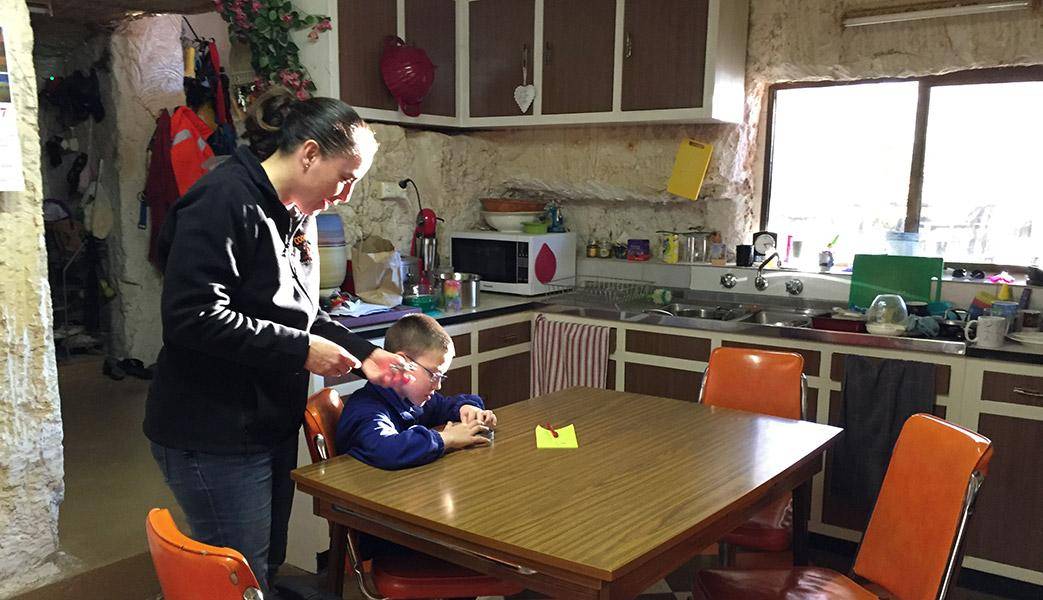 Chevahn and son Mitchell in the kitchen of their dugout home.

“Certainly for us, going from mobile to (Sky Muster™) satellite has been really worth it and it’s made a big difference to what we can do over the internet,” says Chevahn.

From streaming movies to surfing the net and accessing online education, access to fast broadband services via nbn’s broadband access network has opened up a world of possibilities.*

“We’ve had it for about a month now and from a personal point of view it’s fantastic,” says husband Mark, an opal miner. 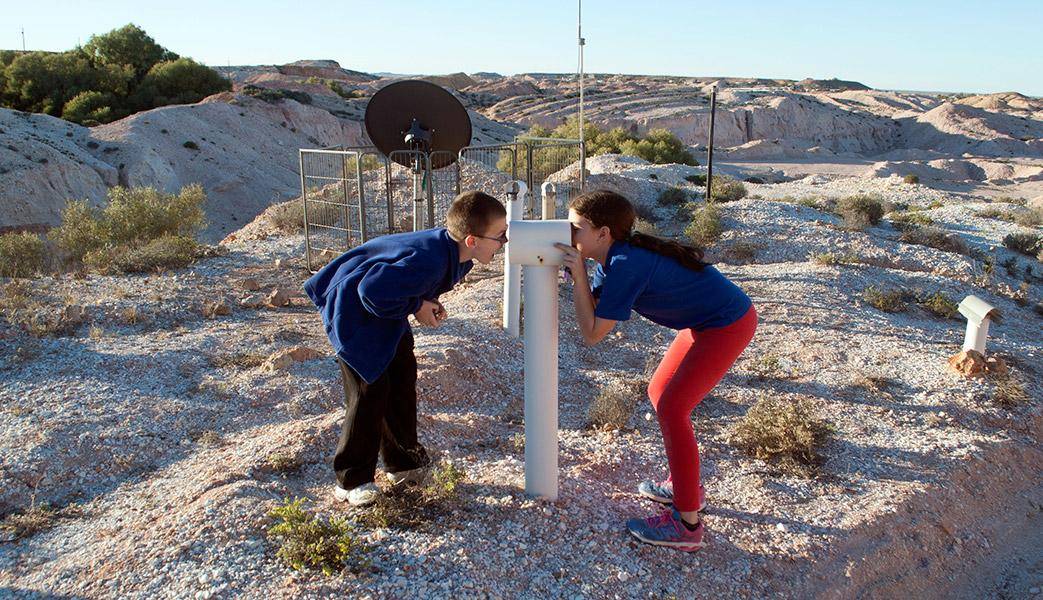 Mitchell (eight) and Gemma (10) have some fun with the air-shaft on the roof of the family's underground home in Coober Pedy. Their newly installed Sky Muster™ satellite dish can be seen in the background.

“After we got access to nbn’s broadband access network and my ten year old daughter realised we were going to have much faster download speeds, she said: ‘yes! I can have a life now!’”

“We love the freedom here,” Mark continues. “We loved it growing up and the kids love it now. It’s why we moved back.”

Despite embracing the lifestyle, a lack of connectedness in an increasingly connected world was frustrating. 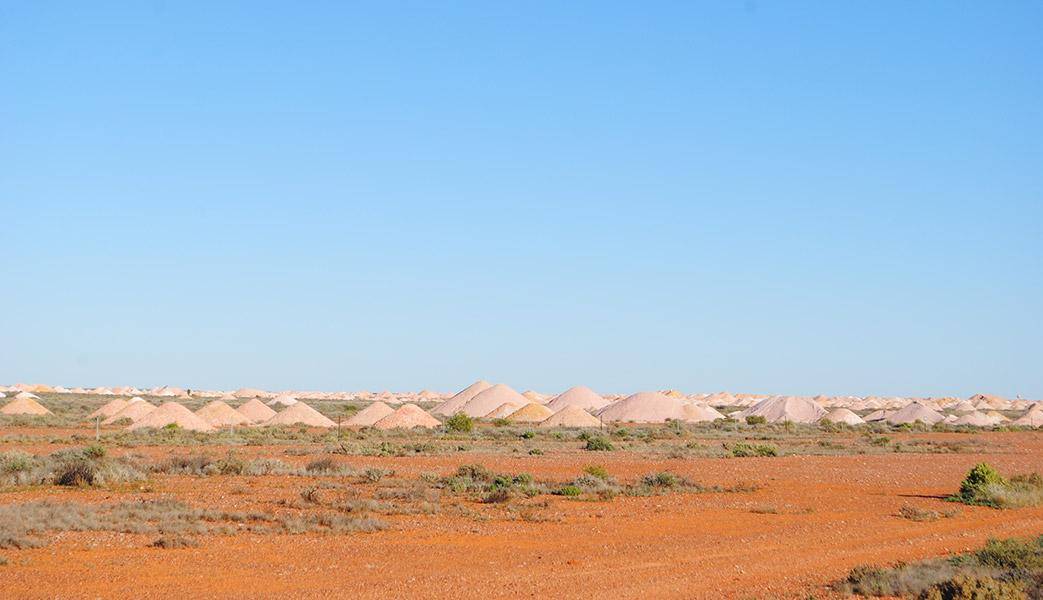 More than a century of opal mining has left parts of Coober Pedy looking like a lunar landscape.

“With the kids getting older, we’d decided there were more and more things they wanted to research for school and stuff, so it was getting really difficult to stick within a download limit for our mobile broadband,” says Chevahn.

Even simple pleasures like downloading a movie were painful.

As the first dugout in town to connect to nbn’s broadband access network though, Chevahn and Mark initially saw it as a leap of faith.

For a start, the technicians who installed their satellite service had to drive more than 700km from Alice Springs.

“They came and had a look and it was their first time installing in a dugout, so there was a little bit of an education process involved,” says Chevahn. 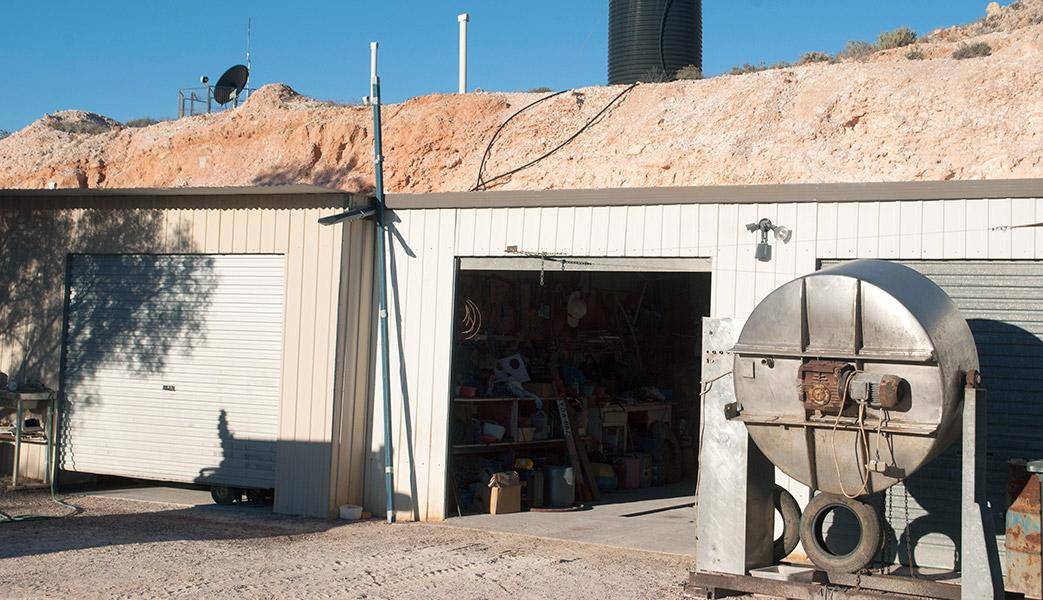 Outside Chevahn and Mark's dugout home in Coober Pedy.

“They had to dig a hole into the hill on top of the dugout – a trench through to the air shaft so that the cable could go down then a pole had to be concreted in to attach the dish to.

“Then, around the dish, they had to put the fence up to stop the dog getting in, because even though it’s on top of the dugout, it’s technically ground level for the top of the hill.”

Summer temperatures in Coober Pedy can hit more than 45 degrees in the shade. It should come as no surprise then that more than half the town’s residents live underground, where room temperatures are consistently just half that.

The Hoads’ experience with their service over the nbn’s broadband access network has attracted a lot of interest from dugout-dwelling neighbours.

“Oh yeah, lots of people have been asking. We say it’s going really well and has really been worth doing. If it wasn’t, we’d tell them so.”

As long-time Coober Pedy residents who are active in the local community, no-one knows the importance of access to fast broadband than Chevahn and Mark to a remote town such as theirs. 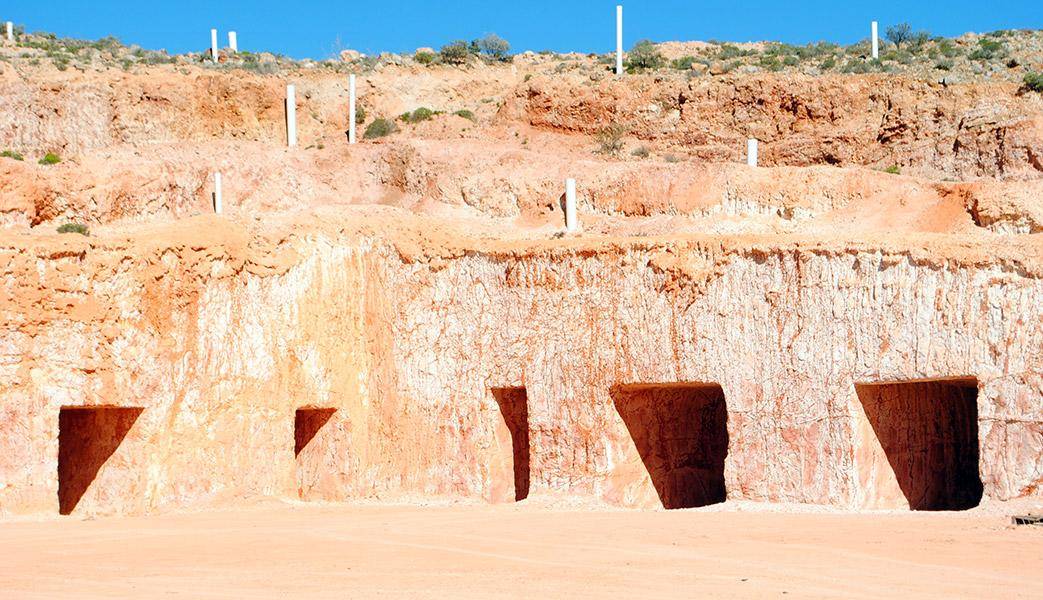 Outside Chevahn and Mark's new dugout home still under construction, complete with ventilation shafts for each room.

“It’s really hard to get training in a remote area, so being able to do online courses and training, like Mark does with the SES, is really important. You can’t do that with a poor internet connection.”*

She says Coober Pedy opal miners also do a lot of business overseas. 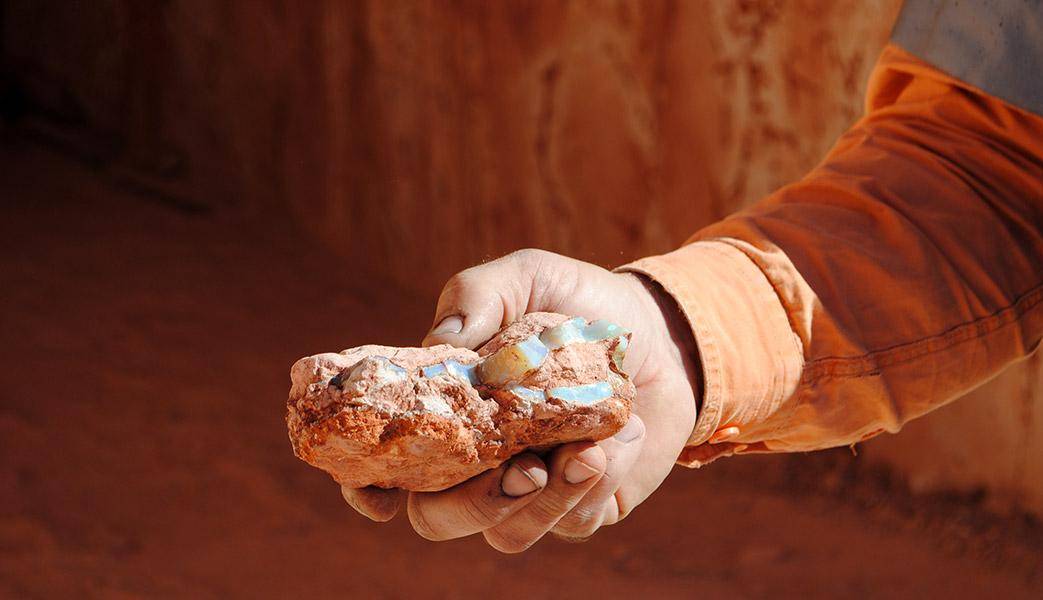 Mark displays a piece of green opal he chipped from one of the walls of the family's new home.

“They deal a lot with China, America and India, so having a good internet connection means it’s a lot easier to send stuff back and forth – a lot easier to maintain a website.”

Mark agrees. So much so, he has factored access to the nbn’s broadband access network into the design of the family’s work in progress dugout home, which he is personally digging out, a few inches at a time.

“It’s a big thing, because it presents real opportunities.”

* nbn is very happy with the Hoad’s experience with the nbn™ broadband access network. Of course, end user experiences may vary. Your experience including the speeds actually achieved over the nbn™ broadband access network depends on the technology over which services are delivered to your premises and some factors outside our control like your equipment quality, software, broadband plans, signal reception and how your service provider designs its network. Satellite customers may experience latency.