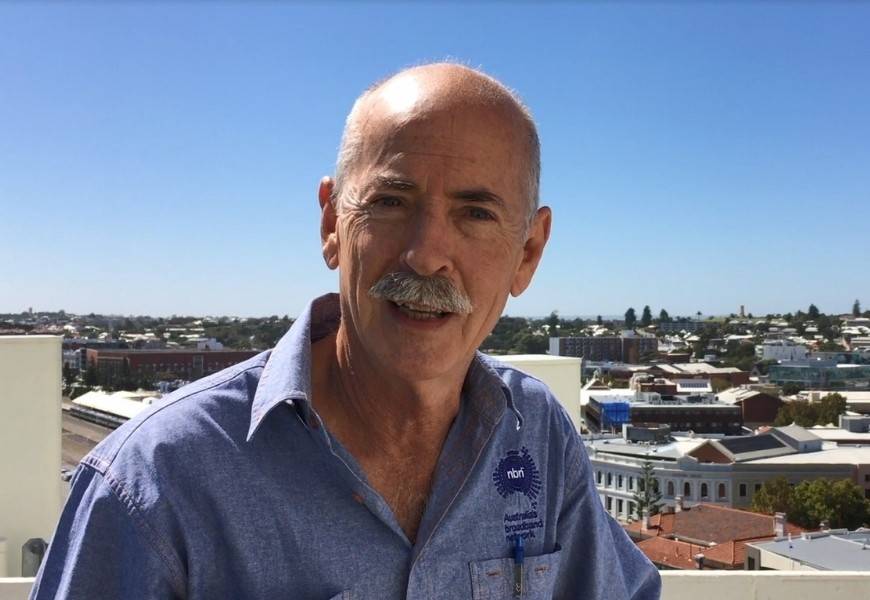 As an enthusiastic 15-year-old in 1972, Mike Read’s first job was working as an office boy at the Fremantle Port Authority in Western Australia (WA).

After starting with Telecom (now Telstra) two years later, he toiled as a member of a ‘pit and pipe’ gang along High Street, which – like the Port Authority – is located in the heart of Fremantle’s historic West End.

Now working at NBN Co as Team Lead Stakeholder Engagement WA, SA and NT, the hand of fate is not lost on Read as he and his colleagues close in on bringing historic ‘Freo’ into the nbn™ broadband access network fold.

They look set to finish their work in WA, says Read, at “the very place I started working in the telecommunications industry more than 40 years ago”.

Dating back to the founding of the Swan River Colony in 1829, the 20-hectare West End area boasts more than 250 buildings, many of them former banks, hotels and warehouses built during the gold mining boom of the 1890s.

“It’s stopped us in our tracks,” says Read.

“NBN Co’s powers under the Telecommunications Act do not apply in areas such as Fremantle’s West End, which was permanently listed on the WA State Register of Heritage Places in July 2017 – just as we were about to commence the [nbn™ access network] build in this area.” 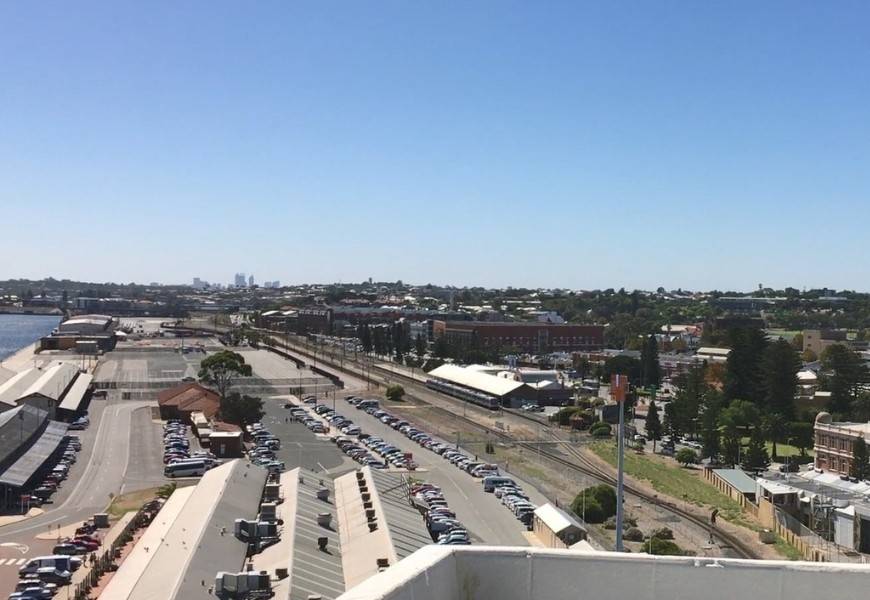 That meant, understandably, the pressure was on to leave as little impact as possible on such a historically sensitive area.

“Any development must be sensitive to the recognised heritage values of the area to enjoy the support of key decision makers and the community.”

Compounding the challenges to rolling out in the historic location were major infrastructure upgrade works scheduled for water and gas, plus community events run by the City of Fremantle, making timely access for construction even more problematic.

Rodda says our decision to split the area – known as a Service Area Module – in two and change from Fibre-to-the-Node to Fibre-to-the-Curb played an important role in securing local support.

“It acknowledged concerns from stakeholders about the presence of above-ground infrastructure, like node cabinets, within historic streetscapes.”

The experienced team at NBN Co, alongside Delivery Partner Downer, was also able to provide reassurance that preliminary impact studies weren’t needed as part of the planning assessment and heritage referrals.

“While the archaeology of this heritage-listed precinct has the potential to reveal additional information about the history and occupation of the West End, the key decision makers were satisfied that, given the anticipated extent, location and nature of our civil activities, together with demonstrated protocols around unexpected historical finds, there would be no adverse or irreversible impacts on the heritage values,” says Rodda. 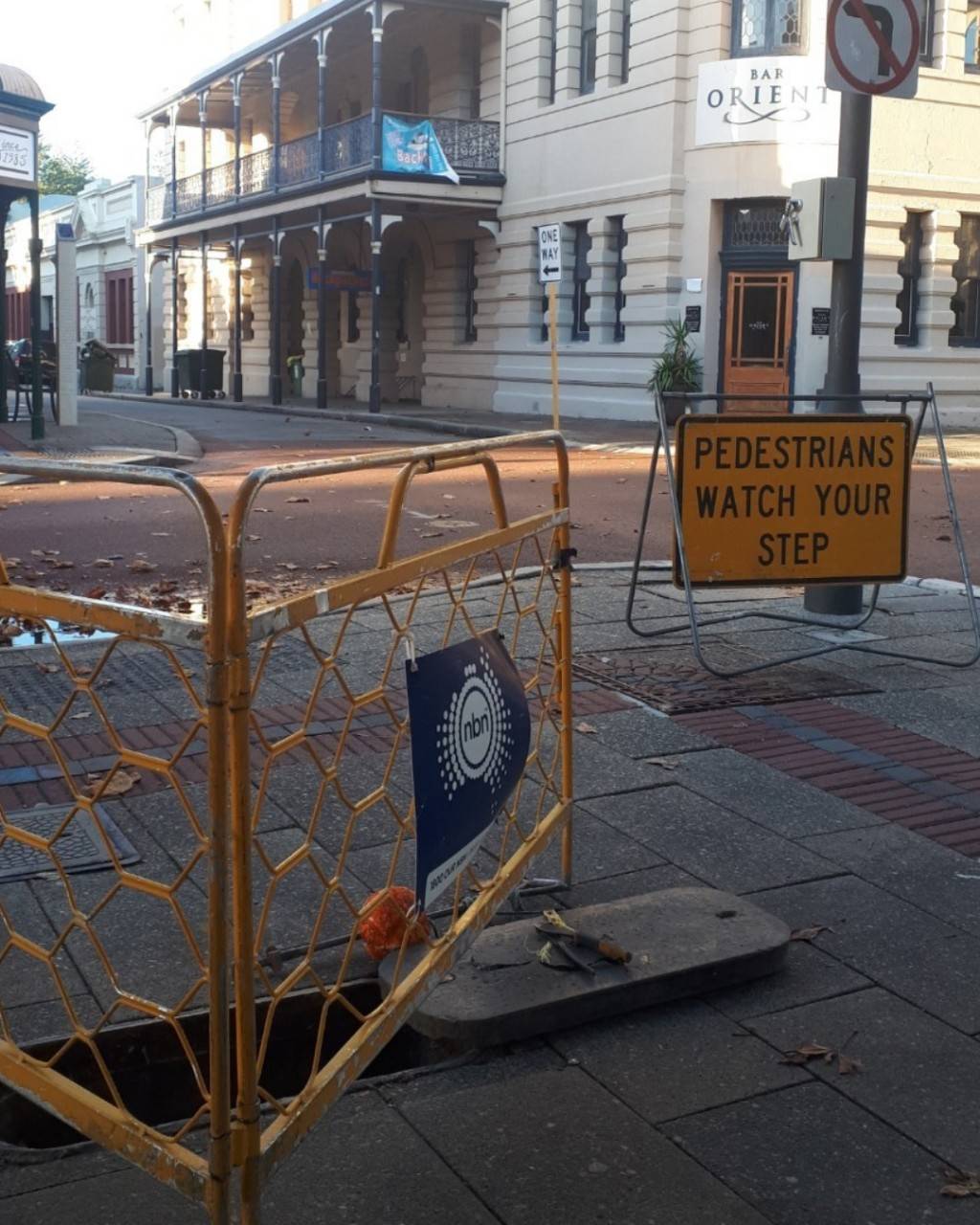 Back in 1987, the eyes of the world were on Australia and Fremantle’s West End when the city played host to America’s Cup, just four years after Australia II ended the New York Yacht Club’s 132-year winning streak.

It was an event that spurred a surge in renovation and infrastructure improvements as visitors flooded in and the area became increasingly gentrified.

“The town bit is a state heritage area, which means there are strict rules around what we can and can’t do build-wise.”

The port area presents an entirely different set of issues.

“They have very specific requirements that have to be met to gain access to the site, security clearance being a key one,” says Millar.

“The way that we have worked to overcome all these issues is through a large amount of planning and an even larger amount of stakeholder engagement.”

Millar says it’s often necessary to think of innovative solutions when trying to connect historic inner-city areas, like Fremantle and, equally as significant, The Rocks precinct in Sydney.

“We apply all the lessons that we have learned from building in the other parts of Freo and the Perth CBD, as well as from the other regions.”

The rollout in Fremantle is on track to be completed in September 2019.

Discover how we tackled two of Sydney’s historic suburbs, Glebe and The Rocks, to get them connected to the nbn™ access network.