Skip to main content
Related Articles
How much data does streaming video, movies and TV use? (2018 edition) Hungry Aussies consuming more data Must haves for the connected lounge room of the future

4KTV is the next big thing coming out of the TV industry – but what’s the reality behind the hype?

As our Chief Architect Tony Cross said in his blog piece 4KTV was the hottest topic at the Consumer Electronics Show in Las Vegas this year with numerous electronics vendors spruiking their new 4KTV technology.

The 4KTV buzz from CES made it back here to Australia, with some reports suggesting that the NBN would not be able to handle the arrival of 4KTV – but the reality is that the success of 4KTV streaming is about much more than just the NBN. 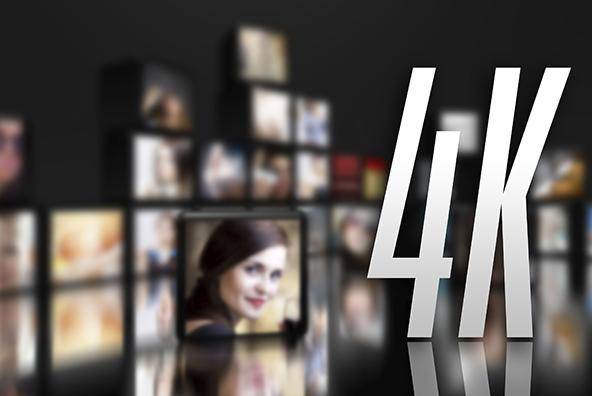 It’s not just about the NBN

Firstly, it needs to be understood that 4K content is not streamed directly from the relevant content provider to the end user. It has to travel across a number of different parts of the internet before it even gets onto our NBN.

The fact is that 4KTV broadband streaming requires a huge amount of bandwidth – the world’s dominant video streaming operator Netflix recommends subscribers have at least 25Mbps of bandwidth available for 4KTV video – five times more than they need for current HD streaming.

It is quite possible that an end user subscribing to a service over the NBN on a 100Mbps fibre to the premise (FTTP) connection could still have significant problems streaming 4KTV video – or even HD video for that matter. The content provider needs a robust and effective content delivery network to ensure a smooth passage of content over the internet.

As we have seen in America, it is quite often necessary for major video streaming companies to pay network providers in order to ensure quality of service to end users. In Australia this would involve Over-the-Top content providers striking deals with our own Retail Service Providers – but NBN Co would have no control in this process.

Accordingly – as much as we wish we could guarantee smooth 4KTV streaming for NBN users – the reality is that delivering 4KTV streaming is a complicated process with multiple players in the value-chain and we can only control a small portion of it.

The other part of the 4KTV equation that needs to be better understood, is that video streaming on the internet is not free – it costs content providers a lot of money and content providers would therefore have to spend a lot more to be able stream in 4KTV.

Dan Rayburn, a respected video streaming expert, notes in his recent blog it costs content owners around US$0.03 to deliver a one-hour video stream in standard definition, but streaming that same hour of content over 4KTV will cost them US$0.18 – a significant increase when you scale it to millions of video streams.

As Rayburn notes, that kind of six-fold price increase can be absorbed by pay-based video services such as Netflix or Amazon, but for the vast amount of free content on the internet – including things like the ABC’s iView or the catch-up TV from our other broadcasters – 4KTV is simply not economically feasible and probably won’t be for some time.

So, whilst the arrival of 4KTV video streaming is very exciting we need to keep its arrival in perspective and, as Rayburn himself says, “[Technology] Vendors, content owners and the media need to have realistic expectations of what is and isn’t possible with 4K streaming.”