Imagine you are educating 160 children in a classroom more than twice the size of Victoria and someone asks you to put on a school musical. What would you do?

Well, Longreach School of Distance Education Deputy Principal Rachelle Moore grabbed the opportunity with both hands! It seems people out here in Western Queensland aren’t afraid of a challenge.

At the time of my visit, LSODE was in the process of organising access to a Sky Muster™ service, but had yet to make the switch prior to putting on the show.

Let’s set the scene: I’m at the Longreach School of Distance Education’s music camp, where students are rehearsing for their 2016 musical, Porridge, where a huge crime wave hits Happy Valley and soon there’s a caseload of mysteries to be solved!

Who stole Ma Hubbard’s recipe book? Who kidnapped Marigold the cow? And what dirty secret is Papa Bear hiding behind his Porridge empire?

Rehearsing and putting on a musical almost entirely via telephone and internet is no mean feat. Audition notices are sent out in term one, with children sending videos and DVDs of themselves auditioning from home, rather than doing it live over the internet where they could get feedback in real time. Roles are cast, and so begin the rehearsals. 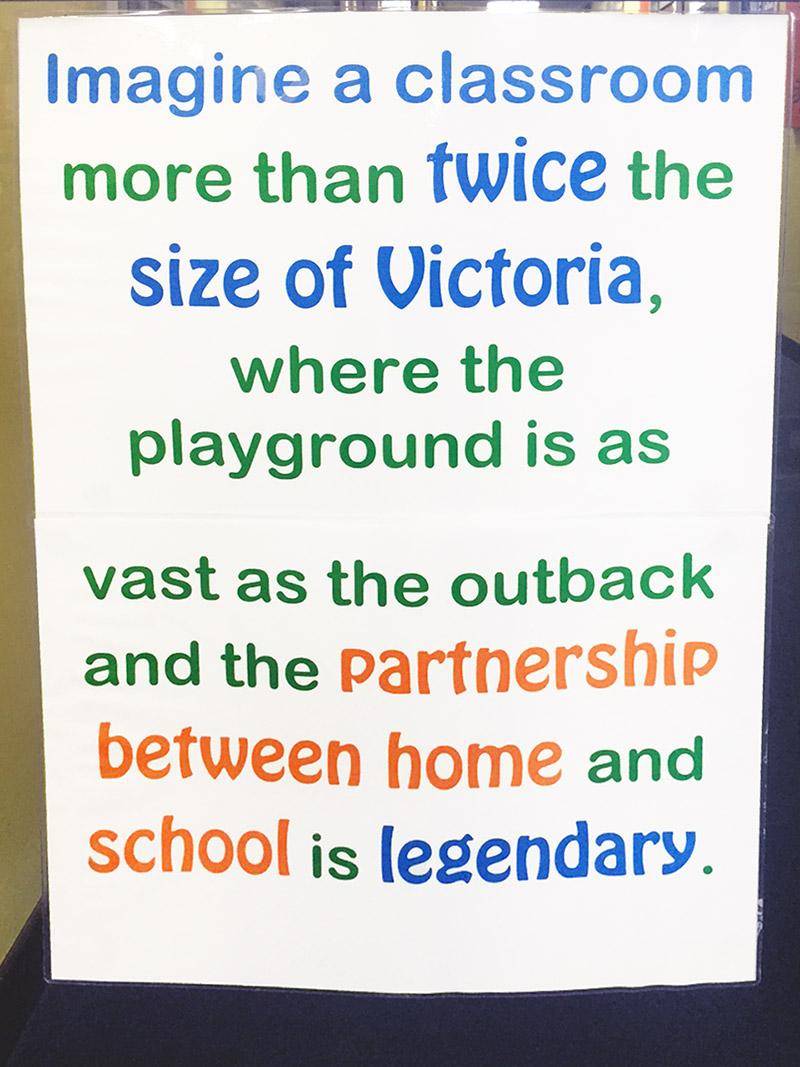 Getting into the swing

It’s now term three, and music camp week is in full swing. Each year level is rehearsing individually, having practised their dance at their own mini-school year level week, and at home.

Out here, there aren’t many occasions where the students can get together in person to practise before the show.

Most of the rehearsals, however, are conducted in home schoolrooms via telephone and internet sessions, or with specially produced DVDs featuring the Deputy Principal showing the students dance moves – which apparently they practise with relish. Once again this DVD has to be sent out to the students, as not everyone has access to fast broadband yet.

Tuesday is script practice for the 44 students in the cast with speaking roles, and each year level practises singing songs on air.

I’m in a classroom with the Longreach School of Distance Education prep students, who are actually all in one place, having travelled from far and wide, practising the show’s finale, complete with dance moves. 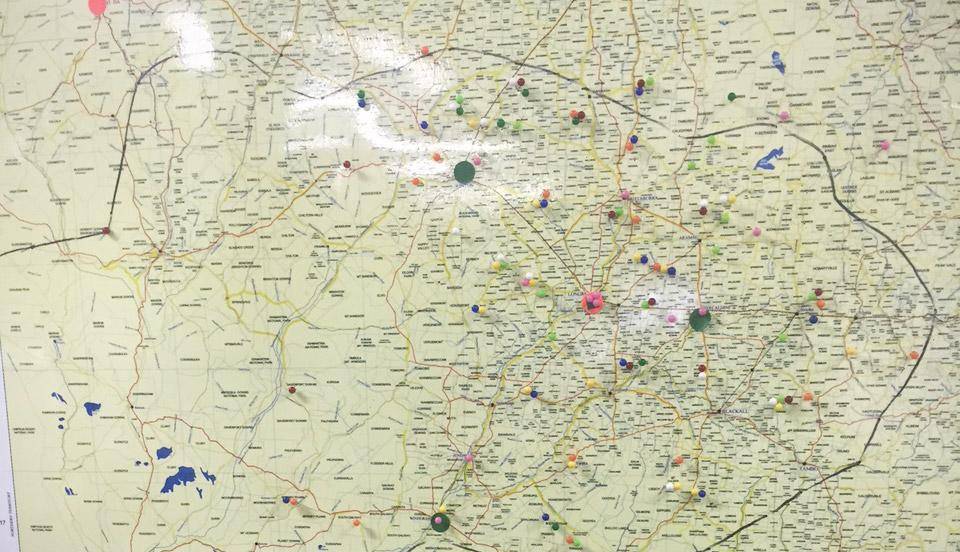 Rachelle is up the front leading the kids, with three other teachers assisting from other angles.

Their smiles radiate as they throw their hands up for the final note and then practise their bows. At this point, it looks like the greatest challenge is going to be keeping quiet before the curtain raises for the bows.

Porridge is actually the Longreach School of Distance Education’s third musical. The first was held in 2012, with a second one in 2014. The last musical drew an audience of about 700 people – which is a lot when you consider the town they’re performing in at the last census had just over 3000 residents.

Just one full cast dress rehearsal will be held at the Longreach Civic Centre the evening before the big night.

It seems they live their motto “effort conquers distance” with gusto out here, yet I still can't help but wonder what kind of a difference access to fast broadband might make for these kids and these teachers.

The show is on Tuesday 29th November – so if you’re in the neighbourhood, make sure you get along to it.

Check out the ABC TV News story on Longreach School of Distance Education’s Robertson family from Orielton Station, near Hughenden in North West Queensland playing their part in Porridge the Musical.

Check out our Sky Muster™ homepage for more information on our satellite service, and for future updates about our impending Sky Muster™ II launch.