What gadgets might be in your future smart kitchen?

A breakdown of some of the tastiest smart devices that can help make cooking a whole lot more convenient. 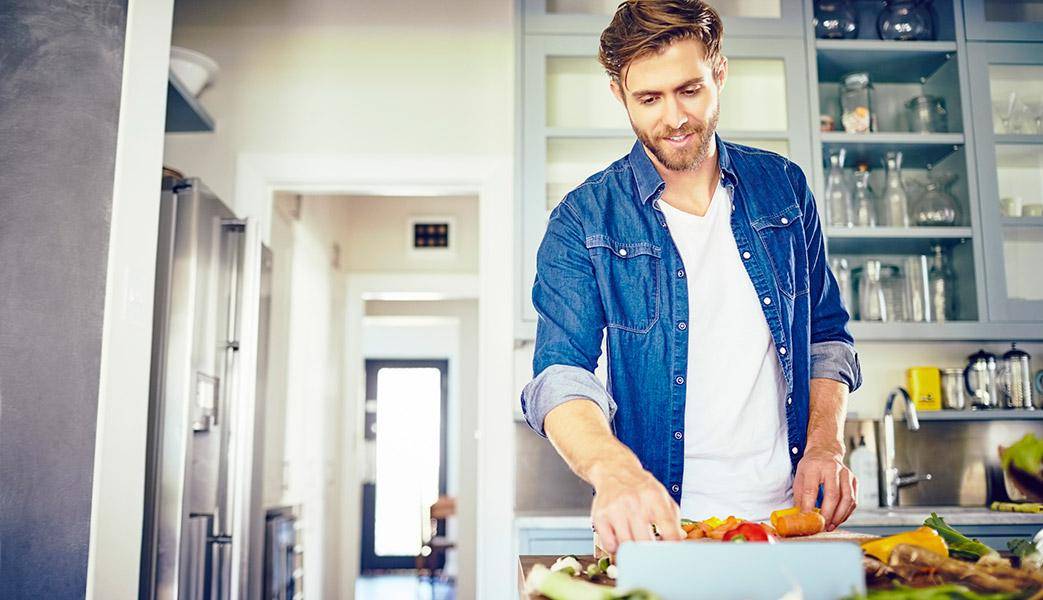 A recent study from Telsyte predicted that the number of connected devices in the average Australian household will almost triple by 2020, jumping from today’s 11 to a whopping 29.

This means that many homes not so far in the future will include a range of smart devices, whether you’re looking to share a home, do some futuristic laundry, take care of gardening, or seeking to fully tech-out your abode.

Of course, many of us spend quite a bit of time in the kitchen, so it would make sense that a decent portion of our future selves’ connected gadgetry would find itself aimed at the culinary crowd.

A lot of the below devices aren’t available in Australia just yet, but they’re a good representation of what might make up some of those 29 connected devices in 2020.

Who knows? A few of these exact products might even be available Down Under in the near future.
Let’s sink our teeth into them.

Yes, your plate will watch you eat. But it watches you to let you know, right from serving, whether you’ve heaped on too much food.

SmartPlate can also sync with popular MyFitnessPal and FitBit apps to automatically track your meals.

It’s currently only available in mainland USA and Canada, but the manufacturers expect increased demand to lead to international shipping.

A smart fork might sound a little niche, even gimmicky, but the idea behind this next gadget is actually pretty sensible.

HAPIfork is a connected fork that can monitor and track your eating habits.

Where SmartPlate tracks portion sizes, HAPIfork uses what its makers call “Slow Control” technology to measure your food intake, then vibrates and flashes if you’re scoffing.

There’s a handy online dashboard, and companion app, which connects to Bluetooth Smart compatible devices for automatically tracking meals that are eaten with this technological utensil.

In 2020, or perhaps before, the days of leaving handwritten notes on magnetised whiteboards stuck to your fridge might be over.

Triby can play music, respond to voice commands, or be used as a hands-free speakerphone when paired with a smartphone.

If you forgot to leave a note in the morning, you can add one remotely via the iOS or Android app, either in text form, or by way of hand-drawn doodle.

The unfortunate memo is that Triby is currently only available in the UK, USA and Europe.

Interestingly, this has the potential to change in the near future. Triby is powered by Alexa, the well-reviewed Amazon-made answer to the Apple Siri and Google Now digital voice assistants.

With Amazon reportedly ready to launch its stores in Australia in 2017, it’s within the realm of possibility we could start seeing Alexa-enabled products sometime soon after.

Escali offers a range of SmartConnect Kitchen Scales, all of which are Bluetooth and wi-fi enabled, designed to help measure and track health and nutrition data.

If you’re counting calories, using these scales automates the process of food journaling.

For an alternative, there’s Drop scales.

The Drop scales companion app includes a recipe book that tells you which ingredients you need for a variety of conveniently single-bowl cooking choices.

Drop’s app also suggests smart substitutions if you’ve run out of an ingredient, or it will even readjust an entire recipe if you don’t have enough of a particular item.

It’s neither cheap nor currently available in Australia, but Juierco’s smart juicer is already popular in California and is expanding to other shipping locations.

These packs slot into the Juicero machine where they’re cold pressed for fresh juice output, with zero clean-up afterwards.

Android and iOS companion apps track the nutrients consumed, where the ingredients are grown, and every organic produce pack, alerting you when it’s time to restock. 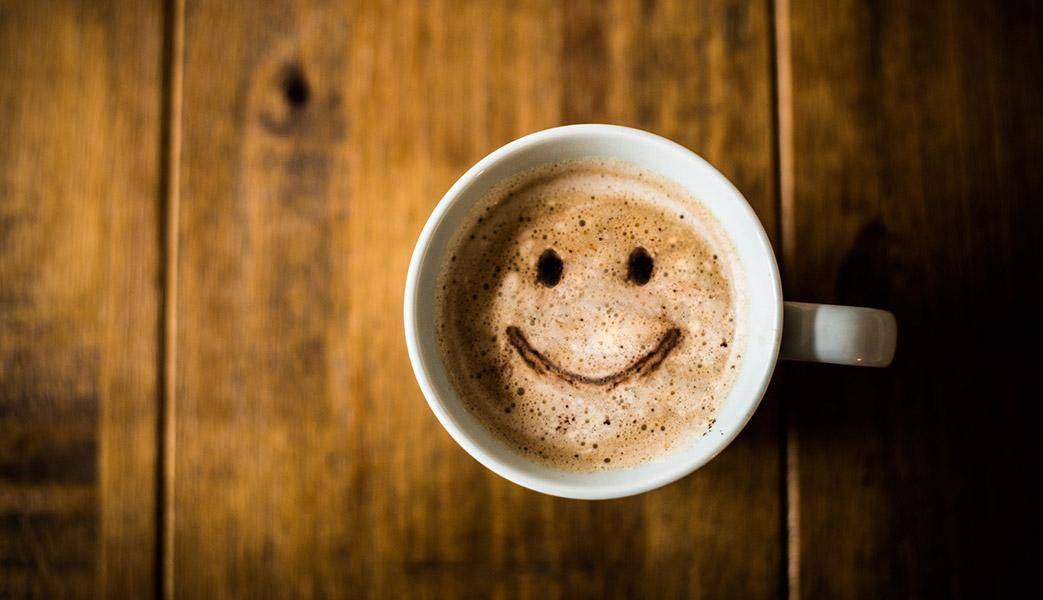 If a morning brew is essential before the daily grind, the Firebox.com exclusive Smarter Coffee machine is worth a look.

This clever gadget can grind and brew coffee on demand, all from the convenience of your smartphone or tablet.

Queue up as many as 12 cups of coffee, select the brew strength, then hit the go button and let the Smarter Coffee machine take care of the rest.

You can even further automate it by way of ‘Welcome home’ or ‘Wake up’ modes that will brew your predetermined coffee based on specific times of day or your smartphone location.

Smarter Coffee is also IFTTT compatible, meaning you can match recipes to, say, FitBit variables: a bad night’s sleep recorded on FitBit could automatically result in a strong coffee from the Smarter Coffee machine when you wake up.

If you’re a fan of frying food, you may be a fan of the Tefal Actifry Smart XL fryer. This Bluetooth-powered fryer has a bunch of clever features.

Choose from more than 200 recipes on the smartphone or tablet app, then send your favourite recipe directly to the smart fryer.

The Smart XL will take care of setting the temperature, and it even stirs the food.

For those cooking steps the fryer can’t take care of, the companion app provides step-by-step video instructions to guide you through it.

As long as you have a gas or electric stove, Pantelligent can assist in cooking a range of common recipes.

The smart frypan has an inbuilt temperature sensor that’s designed to communicate with your choice of Android or iOS app via Bluetooth.

Your phone then receives push notifications telling you (in a Siri-like voice) when to add the food to the smart frypan, when to flip it, when to add additional ingredients or stir, and when to adjust the heat.

If that’s not automatic enough for you, the Pantilligent app also includes an Autopilot feature designed to work in conjunction with an electric hotplate connected to a wi-fi connected WeMo Switch.

With this combination, you’ll only have to step in to add, flip and stir ingredients: Autopilot takes care of the heat.

Smart fridges might not yet be at the stage where they automatically order food for you, but they’re still pretty clever. Take Samsung’s wi-fi connected cooler, for instance.

In terms of smart features, it has an 8-inch wi-fi enabled LCD screen that’s the equivalent of having an Android tablet built in to your fridge.

The LCD screen can be used for downloading recipes, video playback, creating memos, and internet radio, to name a few functions. 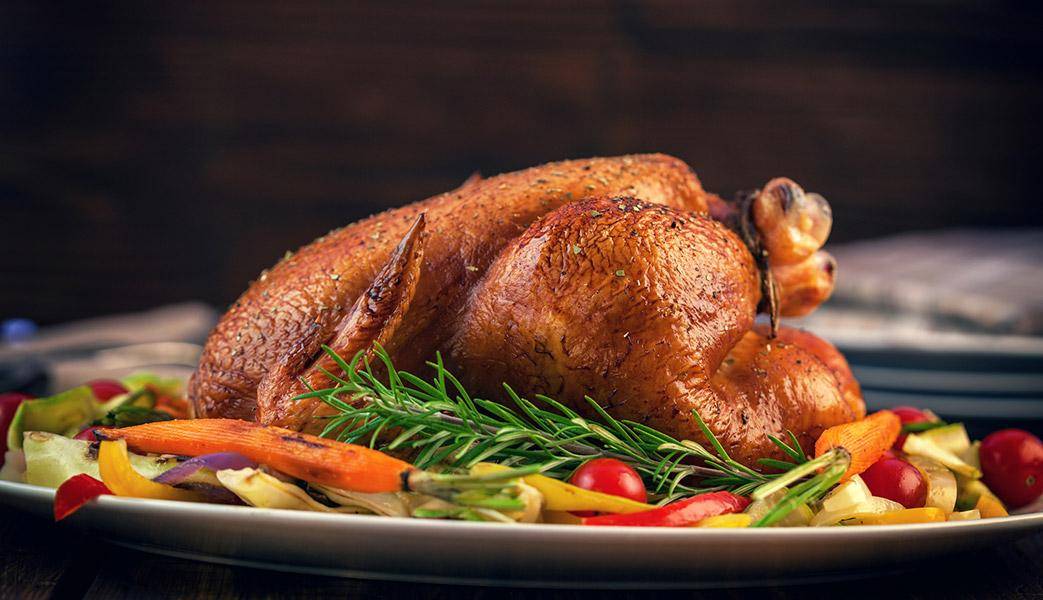 There’s a range of smart ovens already on the market, from Samsung, Dacor and GE Café.

The wi-fi enabled oven can connect to LG’s SmartThinQ ecosystem, which includes fridges, washers and dryers.

The SmartThinQ app allows for automatic cooking features, as well as EasyClean, which is designed to do most of the hard scrubbing for you to keep the oven clean.

Roasts are fantastic, but getting the internal temperature just right can be a tricky feat.

Forget about pulling your roast out of the oven and manually checking temperatures.

This smart thermometer stays inside the oven-roasting meat, then connects to a magnetic base station, which connects wirelessly via Bluetooth to your mobile device.

Let the app know what you’re cooking, or the temperature at which you’d like to be notified, and it’ll send a push notification accordingly.

iDevice’s Kitchen Thermometer comes with two probes, so you can roast and track two separate pieces of meat, or two different parts of the same piece to ensure an even cook, and it’s oven-safe up to 300 degrees.

With 150 hours of battery life and a 45-metre Bluetooth range, iDevice’s Kitchen Thermometer lets you roast with peace of mind while you’re doing something else at home.

Helpful gadgets for a connected lifestyle don't end at the kitchen. Check out these tips for hosting your own connected dinner party, which might help ease the stress from your next social gathering.