Bernard Salt has made a career out of studying Australians and their ways of life. As KPMG special advisor and demographer, he is responsible for identifying trends in how we live and work.

Teaming up with NBN Co, in 2017 Mr Salt has been travelling the country, examining how technology is inciting change. His travels have included South Australia and its capital Adelaide. Once an industrial force, this city and the towns surrounding it are now quietly evolving from blue collar hubs to entrepreneurial hotspots.

Adelaide, then and now 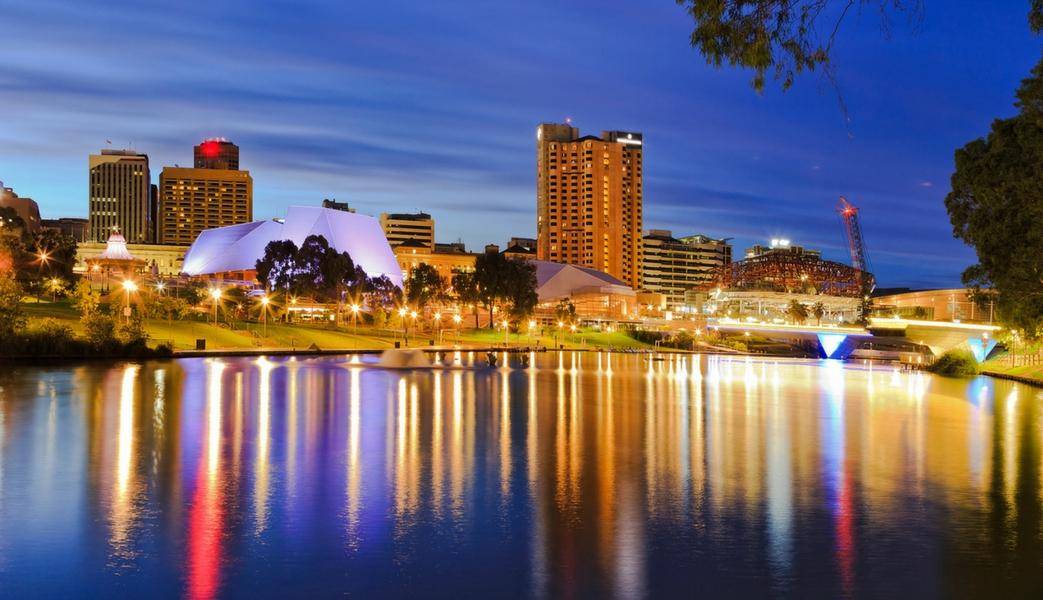 Dwarfed in numbers by Sydney, Melbourne and even Perth, Adelaide’s early prosperity stemmed from the agriculture industry. In the 20th century, the city made its name as a manufacturing base, becoming home to Toyota, Mitsubishi and GM Holden.

In recent years, Adelaide has endured more than its fair share of turmoil. Unemployment levels have been higher than the rest of the country, mainly due to the downturn of the car-making industry.

Despite this, Adelaide maintains its good infrastructure and liveability. Thanks to affordable housing and a growing services sector, there is a rising tide of residents who have come to enjoy the good quality of life on offer. 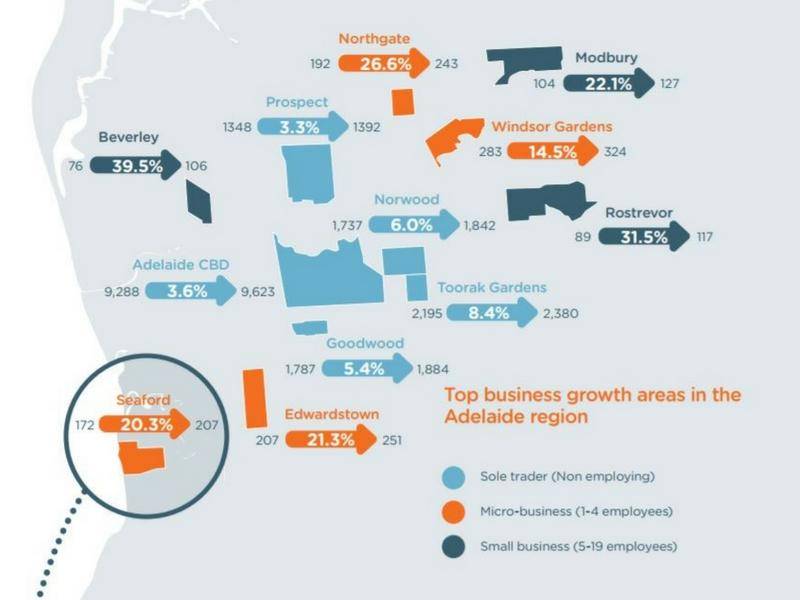 As Mr Salt writes, “tough times prompt innovative responses”. While big and medium business numbers have dropped due to car-making industry closures, other areas have experienced significant growth. Manufacturing, utilities and agriculture may be on the decline, but businesses associated with healthcare, accommodation and finance have risen.

This is turning the city into a micro-business hotspot.

According to Mr Salt’s report, “At the macro level the number of sole traders operating in Adelaide (has dropped), however, this figure cannot be viewed in isolation. The number of start-ups operating within the Adelaide CBD jumped by 335 to 9,623 (over the four years to June 2016).”

Outside of the city, Toorak Gardens, Northgate, Edwardstown and Seaford are making their mark as business growth areas, with notable jumps in sole trader and micro-businesses.

“In many respects, Adelaide offers the great Australian middle-class the opportunity to live a capital city lifestyle and the opportunity to buy a house, all within reasonable commuting to work. And quite possibly to deliver all of this on a single worker’s wage. This cannot be achieved at scale in any other major city in Australia.”

Despite its underdog status, Adelaide has a huge amount to offer. The city has attractive streetscapes and sandstone architecture. The food and wine culture is self-confident and there is a thriving arts scene.

Adelaideans can access world class hospitals, sports grounds and airports. The sensible layout and commute makes it an easy place to live and work.

The city’s winning attribute is its affordable housing. The average house price is $514,000, far less than Australia’s other capitals.

According to Bernard Salt, “In many respects, Adelaide offers the great Australian middle-class the opportunity to live a capital city lifestyle and the opportunity to buy a house, all within reasonable commuting to work. And quite possibly to deliver all of this on a single worker’s wage. This cannot be achieved at scale in any other major city in Australia.”

Perhaps this is part of the reason why Adelaide and South Australia are joining the Lifestylepreneur revolution. The state is becoming home to industrious business owners who are seeking work/life balance rather than fame and fortune. They want to be their own boss or, at the very least, have the option of working close to home.

According to Bernard Salt, the concept of the Lifestylepreneur “was not possible or at least it was not scalable prior to the advent of the internet and access to broadband technology”.

Job growth and the ability to innovate is not restricted to Australia’s metro cities. Access to fast broadband has been a launchpad for South Australia’s Lifestylepreneur movement. 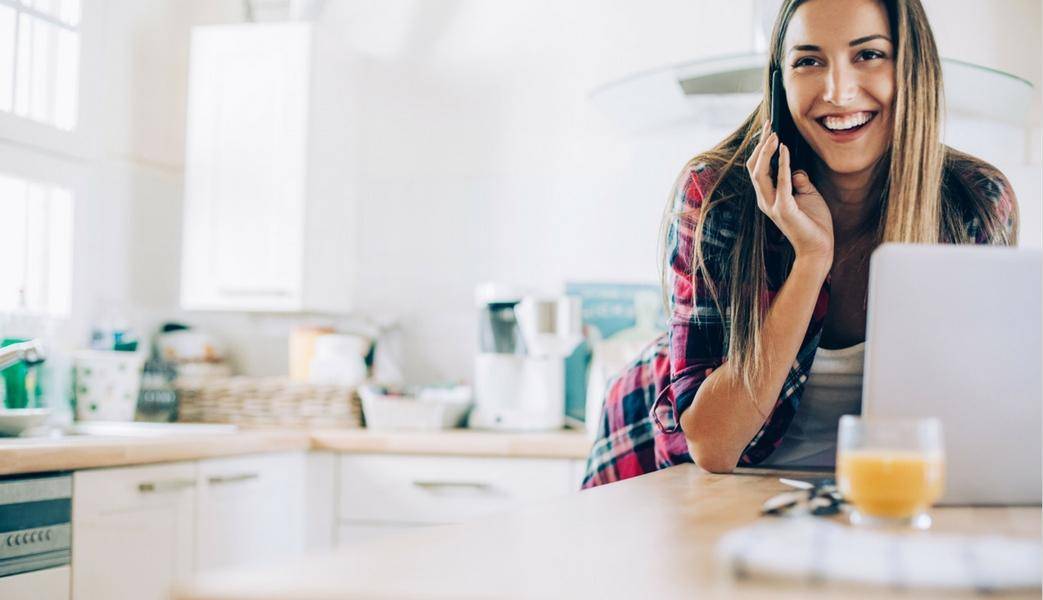 This is the case for workers who visit Adelaide co-working space, Little City. Owner David Menner explains, “Little City is a shared co-working space made up of almost 20 different start-ups from builders, lawyers, accountants and web developers. While many local business owners live nearby, others come from right across the state to use the space and enjoy proximity to local cafes, access to fast broadband and a community of like-minded entrepreneurs.”

As David explains, “The nbn™ access network is vital for businesses here relying on applications such as video conferencing and cloud-based applications to connect and collaborate with clients across the country”.

The rollout of the nbn™ access network is more than halfway complete across South Australia. This assists the increasing numbers of entrepreneurs to enjoy the state’s many lifestyle benefits while earning a living and running their business, their way.

Forget Silicon Valley, Australia has a Silicon Beach – Cairns is evolving from a holiday destination to a small business hotspot.