KPMG partner and special advisor Bernard Salt is the founder and head of the company’s KPMG Demographics. This specialist advisory group looks at social, cultural and demographic trends in Australia.

Joining with NBN Co in 2017, Mr Salt has been travelling around Australia examining how towns outside of major cities are evolving. His findings have uncovered why once ‘sleepy’ locations are coming alive thanks to increased connectivity.

Tasmania’s Launceston is one such place. Despite its population of less than 90,000, the riverside hub is shaping itself into an entrepreneurial hotspot, thanks in part to increased connectivity through services via the nbn broadband access network.

Making a living in Launceston 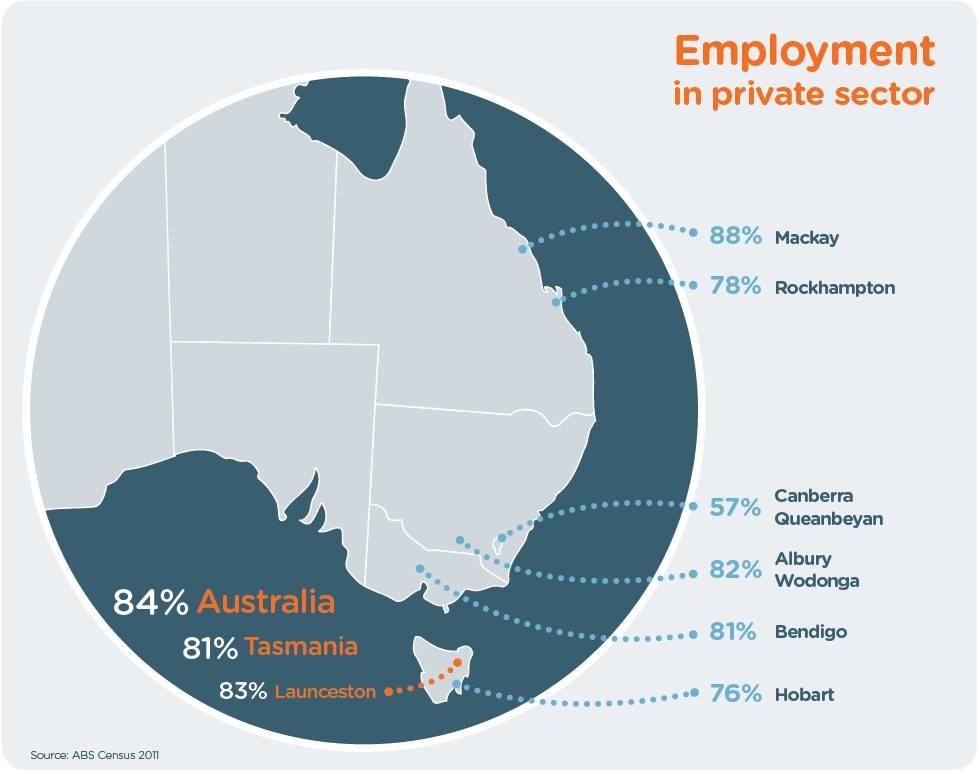 Founded in the early 1800s, Launceston began as an export point for local agriculture, and a stopping point for weary travellers. Over time it has evolved to become Australia’s 21st largest city, an impressive title when you consider it is not home to any government offices or corporation headquarters.

In those early days, Launceston was a magnet for those with an entrepreneurial spirit. Not much has changed, it seems. The city still has a high number of people employed by private enterprise when compared to nearby Hobart.

The proportion of the workforce supported by the private sector in Launceston is several percentage points higher than in most Australian cities of a similar size. As stated by Bernard Salt, “About one-in-five Tasmanians live in Launceston and every one of them, I suspect, is conscious of the need to ‘make a go of it’”. 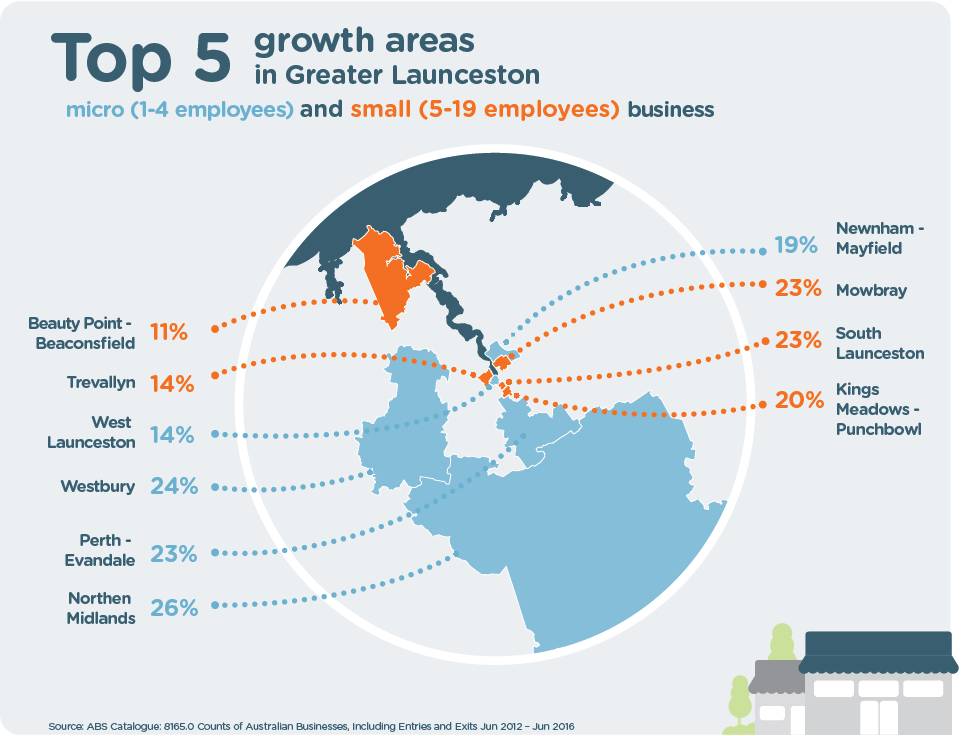 Lately, something has been happening in Launceston. The number of micro businesses (those which are owned and operated by only one or two people) is on the rise. In fact, there are more micro businesses in the Launceston area than in the rest of regional Tasmania combined.

Regions and suburbs playing a part in this growth include Campbell Town, Perth-Evandale and rural Westbury. The increase in micro-businesses in these areas between 2014 and 2016 has been between 20 and 25%, respectively.

About one-in-six micro businesses operating in the Launceston and Northeast region is based within the main business district. Other centres with a high number of micro businesses in this region are Scottsdale, Deloraine and St Helens.

Construction, agriculture, retail and professional services are all industries where micro-businesses are thriving in Launceston and surrounding areas.

The city is home to small and micro-businesses with owners who are not necessarily driven by the desire to maximise returns or grow their business. These entrepreneurs are more interested in work / life balance. They are looking to operate in a location that suits them, on their own terms.

Lifestylepreneurs are anyone from 60-something semi-retirees to Generation X-ers looking to escape the pressure and cost of big city living. This new wave of business owners wants to be near a city of decent population size. They seek the benefits of good infrastructure but also crave the quiet life.

As shared by Mr Salt, “Launceston offers critical mass; it offers an idyllic, safe, green, lifestyle location. It offers access to the major market of Melbourne via a well-serviced airport.”

What’s more, increased connectivity through the nbn access network is breaking down the barrier of distance. Launceston business owners from a wide range of industries are able to leverage this to maximise their productivity and reach new markets.

“The region’s entrepreneurial spirit is underpinned by quality of life, affordability, and the strong business community in place,” says Mr Salt, describing how Launceston is becoming one of Australia’s most ideal Lifestylepreneur locations.

Launceston isn't the only place in Australia turning to small and micro businesses. Check out why 80 per cent of Australians are turning to the Side Hustle as a way of fulfillment and, potentially, profit.