Business | Published on 19 June 2017
Share on Twitter Share on Facebook Share on LinkedIn
On the back of the Glocal Report, nbn is launching a mentoring initiative to help selected Australian small to medium sized businesses (SMBs) break down the barrier and expand into the Chinese marketplace. 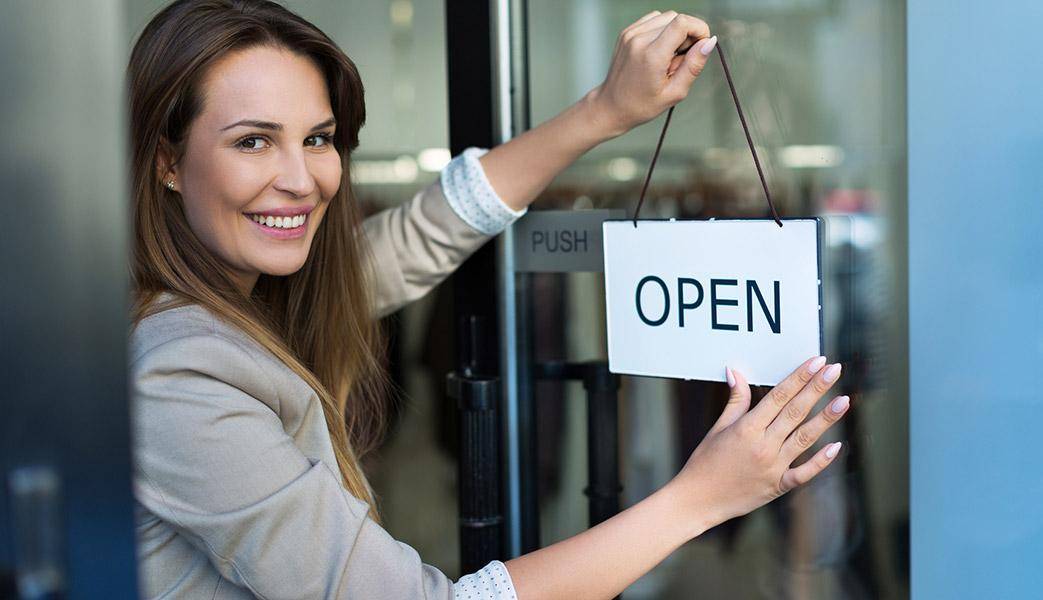 A number of Australian small to medium sized businesses (SMBs) are going Glocal – they’re staying local while expanding their operations into global marketplaces.

As nbn gets closer to its goal of ensuring all Australians have access to fast broadband, this helps provide an opportunity for SMBs to fulfil their global potential while remaining in Australia.

The ability to meet, collaborate and partner with likeminded colleagues around the world, to market your product and to distribute it, is all made possible by the nbn™ network.

The newly released nbn™ Glocal Report shows that almost half of Australia’s SMBs will be selling their wares or services into foreign markets over the next 12 months, with three in four confirming it is their ultimate goal.

The report also indicated that the lucrative Chinese market is the number one target for Australian SMBs as they look to expand their operations to a global scale.

However, the report also revealed the key challenges SMBs will face, most notably the language barrier, finding suitable support in overseas markets, and organising the financial and legal paperwork.

It’s for this reason that nbn is providing a mentoring service to help select SMBs overcome these challenges, so they can make the most of the opportunity presented by access to fast internet.

nbn will facilitate for these select SMBs one-on-one mentoring sessions with Chinese business expansion experts – these are successful entrepreneurs who know just how Australia’s exciting new and upgraded fixed phone and internet network can increase revenue through Glocal expansion. There will also be a series of webinars, open to the public.

Leading this initiative, and co-author of the Glocal Report, is CT Johnson. 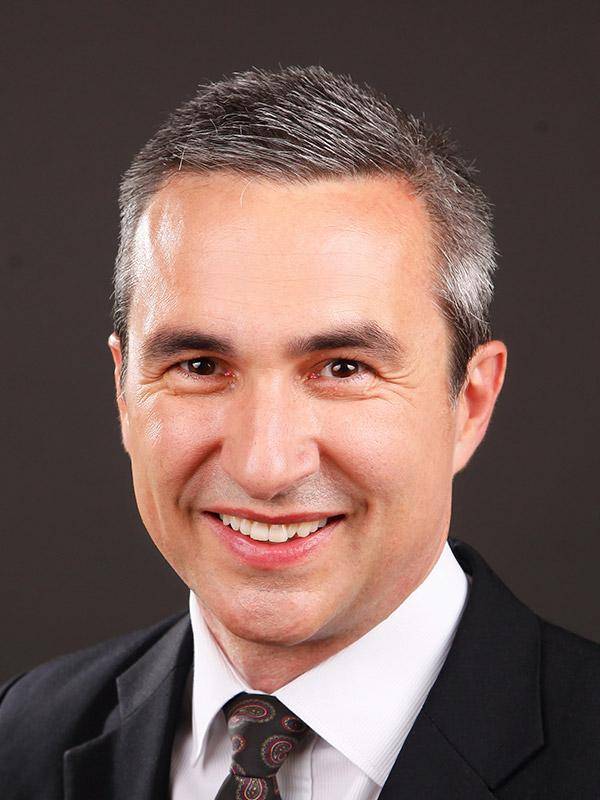 For almost 25 years, CT Johnson has been working around the world as a specialist in exporting goods and services for some of the world’s biggest companies. American born and now residing in Sydney, he has also worked in Russia and China.

Today, he is a consultant who works with Australian companies to help them engage with Chinese customers both here and in China. He teaches the ‘four Ms’ of selling into China: Message, Market, Merchandise and Mechanics.

“Going Glocal appeals to Aussie business owners because it affords them the best of both worlds,” Johnson reveals, “access to new markets while operating from an established base in a well understood environment.

“Before the advent of fast broadband – and all the global communications, operations, sales, marketing and delivery channels that opened up – businesses had to choose between a stable, familiar Australian market and fast-growing, but unfamiliar, foreign markets. Going Glocal allows even small businesses to have both.”

With more than 1.3 billion residents, Johnson can see why China has such a large appeal to Australian businesses.

“For every Australian customer, there are 57 Chinese customers waiting to buy what Aussie companies have to sell. Australia has huge mindshare with the Chinese market; a 2016 study by the international consultancy Bain & Co found that Australia has higher brand value among Chinese consumers than any other country. Australia’s clean, green, healthy, high-quality reputation trumps them all.”

China is expanding its demand for Australian products 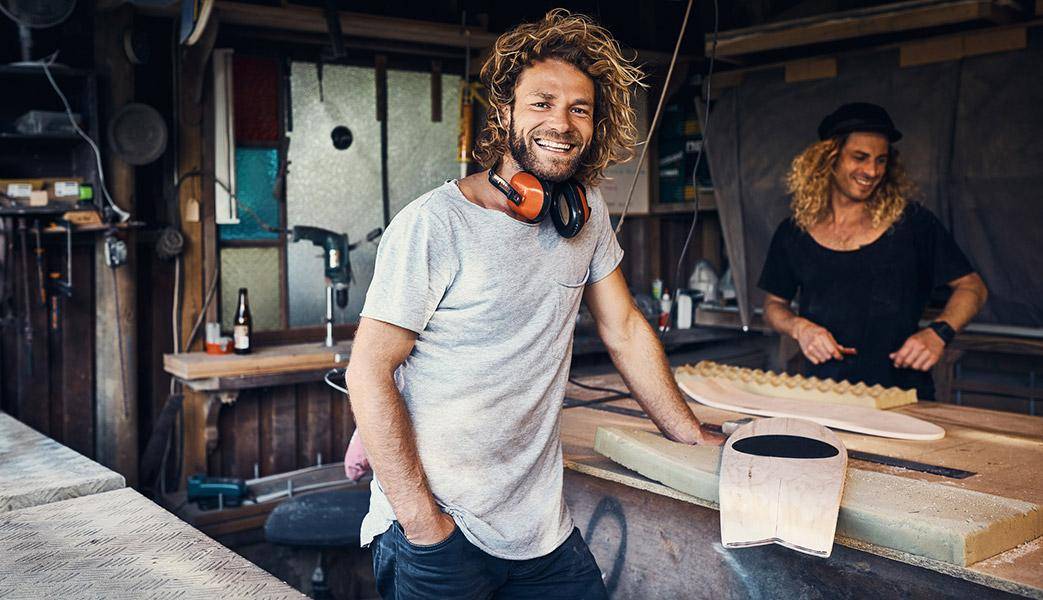 It’s great news that China is thirsty for Australian products. In fact, availability isn’t meeting demand, and Johnson is encouraging all SMBs to give the market serious consideration.

“Thanks to fast broadband access – and the fact that we’re in more or less the same time zone – Chinese demand for all things Australian is insatiable. Australia has been blessed with lots of stuff that the Chinese people want.”

While acknowledging that the Chinese-Australian relationship rode on the back of the mining boom, Johnson reveals that demand is driving growth across many new sectors, such as tourism.

“The number of Chinese visitors coming to Australia is growing by 20 per cent a year,” he reveals, “with more than a million Chinese tourists traveling Down Under in 2016 alone. These visitors spend an average of $8,000 each, almost twice as much as the average American. Besides fuelling growth in traditional tourism sectors like hotels, this also has a knock-on effect.”

“The Chinese market is also rapidly following in the footsteps of other economies that progressed from agriculture to manufacturing to a services-based economy. From corporate training to university education to financial advice, the Chinese people have a keen appetite for Australian services. All of these areas are relatively new, and may represent prime markets for broadband-enabled Aussie Glocals wanting to tap into the growing purchasing power of Chinese consumers.”

What to expect in the Glocal mentoring process

For Johnson, now is the perfect time to mentor Australian SMBs and help bring them into the Chinese market.

“Fast internet is fuelling Glocals because it brings the world to the doorstep of Aussie SMBs. By leveraging digital marketing – especially via social media – and e-commerce platforms, Australian businesses can reach customers in Seattle, Shanghai and Sao Paolo as easily as those in Sydney.”

However, as Johnson has experienced himself, expanding into an overseas market successfully does present some challenges. As he explains, this is what nbn’s mentoring process will approach.

“Expanding overseas can seem overwhelming; things are happening far away, in a foreign language, using different money, subject to different laws. All that can make the whole process just seem too hard and is one of the main reasons why SMBs don’t go Glocal.”

“These structural challenges – what I think of as the ‘infrastructure’ of going Glocal – are among the toughest for SMBs to handle. Identifying local resources, overcoming language barriers and finding ways to reach a new audience in an unfamiliar culture.

“This is not because there are no resources to help with these tasks – it’s because these resources are scattered around many different businesses, websites, articles and information sources.

“The Glocals campaign creates a platform for aggregating these resources and helping select Aussie SMBs to identify sources of information and support. As the campaign rolls out, nbn will issue guides and videos that make it easy to find the help needed.”

So, what are the three big secrets Johnson will be passing on to the select Australian SMBs through his role in the mentoring process?

“First, do your research when it comes to overseas markets, otherwise shrewd businesspeople become starry-eyed and vague about how to proceed, and what it will take to succeed in the new market. They become a victim of ‘one percent thinking’ – the idea that the new overseas market is so big that if they can capture just one percent of that market, they’ll be rich!”

“I teach people to break the process up into five parts. One: identify the market niche you’re targeting. Two: align your offering to that niche. Three: use an appropriate marketing channel to let the niche know about your offering. Four: sort out delivery. And five: make sure you’ve got the support infrastructure you need to operate successfully.”

“Third, and most importantly, you enter a new overseas market the same way you eat an elephant – one bite at a time. Once you’ve done your research, and broken your tasks down into the five areas described above, you can identify the steps needed to put your solution in place. This three-step process – doing the research, creating a plan, and proceeding step by step – is exactly how giants like Blackmores went from being local players to giant multinationals.”

It’s comforting to walk in the footsteps of those that have come before you and to learn from their mistakes and successes. And Johnson is adamant that the nbn™ mentoring process will work for Australian SMBs.

“I’m sure it will work for your business. And the advent of fast broadband has helped make this process much easier and more widespread.”

If you’re interested in making the most of the Go Glocal initiative, you can find more information here.