The national rollout of the nbn™ access network is playing a part in transforming towns around Australia by helping to provide access to fast broadband.

Residents of the North Queensland region of Mackay, for example, have traditionally worked in mining and agriculture, finding themselves subjected to the resulting ‘boom or bust’ economic cycle.

With the introduction of the nbn™ access network to the area, the economic landscape of Mackay and its surrounds is projected to see positive change.

Up to 700 new businesses are projected to join Mackay's existing business community by 2021.

A recent report from the Regional Australia Institute (RAI), Mackay Business Growth Opportunities, (commissioned by NBN Co) reveals that Mackay is well-positioned for business growth and economic diversification. This is largely as a result of increased connectivity, including via the nbn™ access network.

According to the report, Mackay’s high concentrations of technicians, trades workers and comparatively higher technical qualifications puts the region in a strong position for the reskilling and learning required to embrace and fully utilise new digital technologies.

Savvy business owners in Mackay will be able to leverage the area’s skilled workforce across the mining equipment, technology and services sectors. As well as boosting local industry, these new businesses may be able to use fast broadband to reach markets around Australia and beyond. 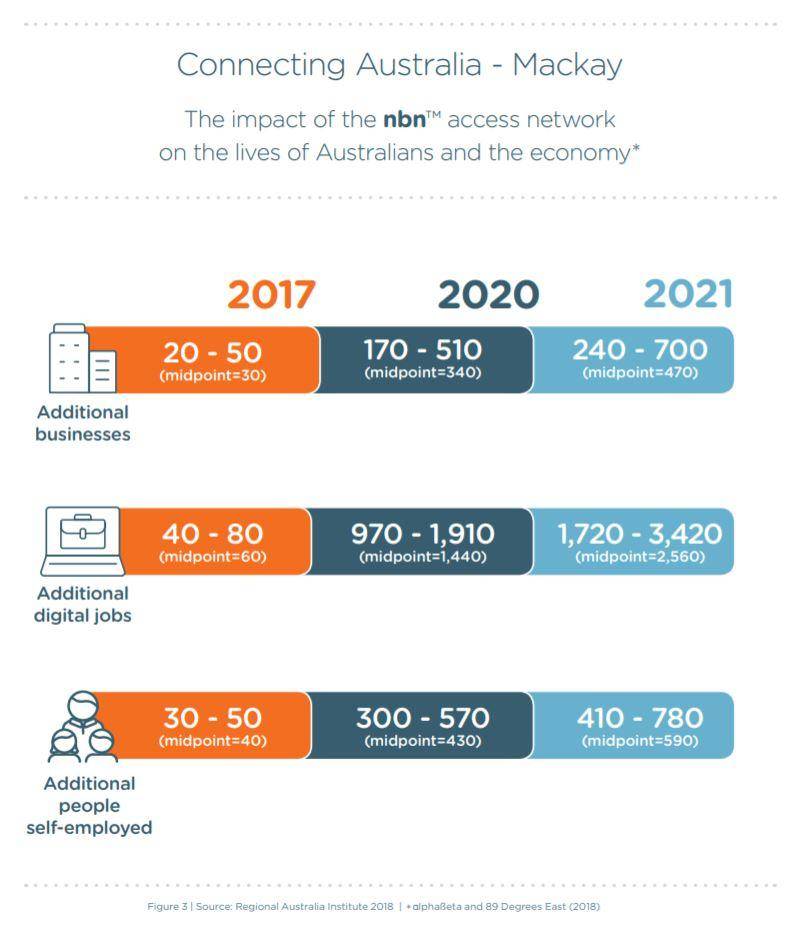 Opportunities up for grabs

The Mackay Business Growth Opportunities report shares that, with improved access and capacity to compete in national and international markets via fast broadband, businesses in the Mackay region now have the potential to capture new opportunities. They will be able to further improve on what is already viewed as an enviable regional and coastal lifestyle.

“Those who act early will be best positioned for growth, and better prepared for and insulated from new competitors outside the region.”

Says Chief Executive Officer for the Regional Australia Institute, Jack Archer, “The immediate imperative for businesses in the region is to get connected, focus on building technological skills and apply digital applications to existing industries to secure future economic growth.” 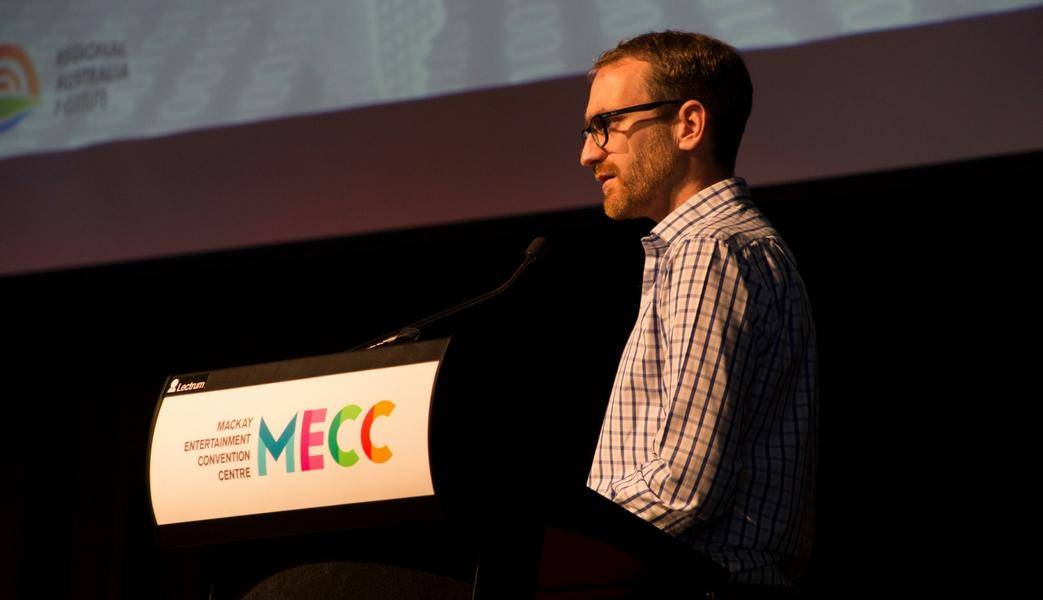 Jack Archer, CEO of the Regional Australia Institute, speaks at a business breakfast in Mackay.

Now’s the time for Mackay

The rollout of the nbn™ access network in the Mackay region is almost complete. More than 40,000 homes and businesses are now able to order a service over the nbn™ access network through a phone or internet provider. Plus, construction work to build the network is currently underway for an additional 400 homes and businesses across the localities of Seaforth, Habana North and Carpet Snake.

The region is now in a strong position to take advantage of a fully connected workforce to help drive growth, reach new markets and increase efficiency.

“It’s encouraging to see positive early signs of growth as a result of connectivity with local businesses taking advantage of access to fast broadband to help expand their market and increase productivity,” says Head of nbn™ local Queensland, Ryan Williams.

According to the RAI report, the evolution and economic future of Mackay will be influenced significantly by the health and vitality of local businesses. Automation and the digital economy are real drivers of business viability and fast broadband enables competitive participation. 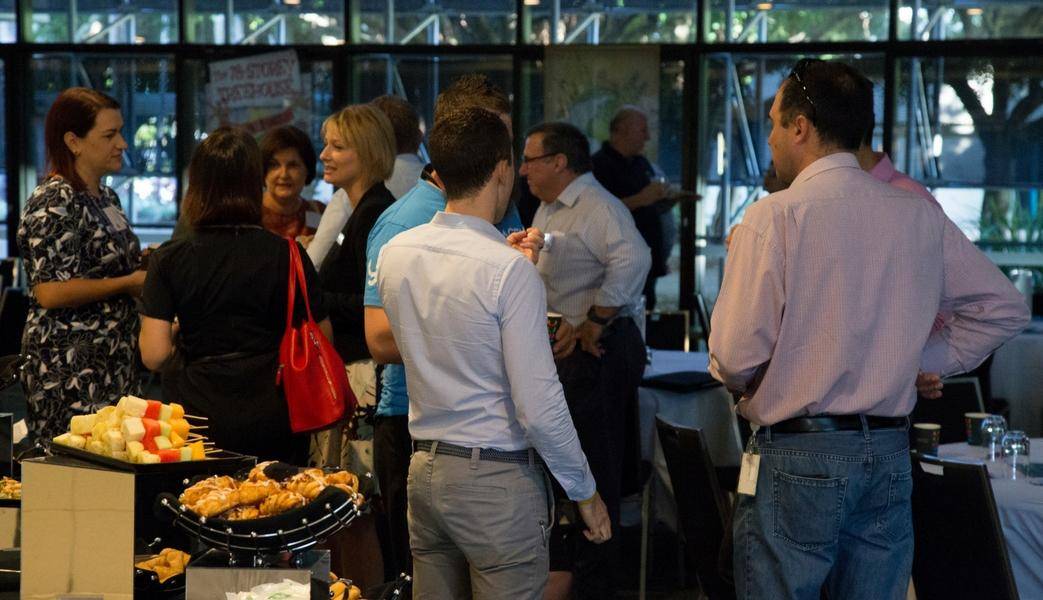 Local innovators and entrepreneurs who embrace digital technology, pursue new ideas and invest in growth have the potential to develop new industries. As a result, they will bring economic resilience and regional prosperity to Mackay, creating industrial evolution for a positive future.

For business owners in Mackay seeking to embrace new opportunities and grow their business, there are three key imperatives.

The first is to get connected and tap into applications, such as cloud computing and video conferencing, to reach new markets and compete globally.

Next is to build the technological knowledge and skilled workforce needed to fuel business innovation in the form of new products and services, efficiency gains and new ways to connect with customers.

Last, but not least, is to apply the capabilities of digital technologies, and digitally skilled and enabled workers to lift existing business performance, as well as increase the number of new ones.