Skip to main content
Related Articles
How to run a successful business from home Fine wine and fast internet: Now that’s a pairing! Living among the vines

Connected farms sowing the seeds of a digital future

As Australian farmers begin to introduce digital tech in the paddock, we look at the future of farming. 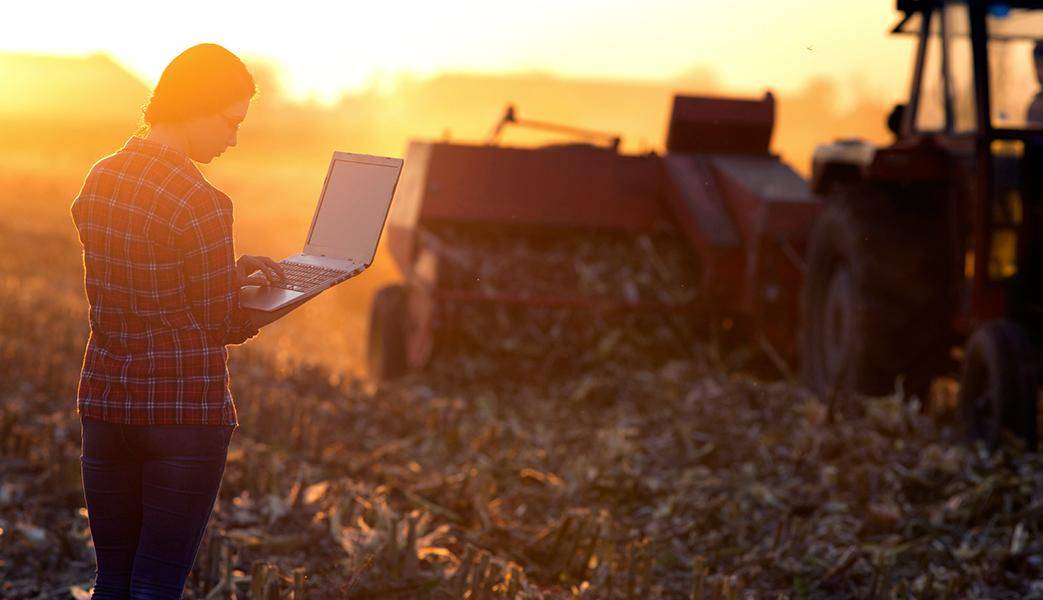 Predictions from the United Nations estimate that our planet will be home to approximately 9.6 billion people by 2050 - meaning more mouths to feed and, in turn, more food to be produced.

As the world population grows at a rapid rate, the need for farmers to transform their land and livestock into ‘smart farms’ has become more obvious.

Australia's agriculture industry is a significant contributor to our economy, so it’s important that farmers across the country harness and introduce new technologies to help increase productivity, while remaining sustainable.

As Australian farmers begin to embrace innovation, we look at how digital technology is beginning to shape the future of farming.

Innovation in the paddock already exists in Australia, with mainland farms such as The Kirby Smart Farm leveraging access to nbn’s fixed wireless technology to use digital resources and access data online, in real-time.

In fact, the Kirby Smart Farm is currently making efficiencies with the ability to remotely monitor everything from soil moisture levels, stock movements and farm security.

This kind of monitoring activity is also known as Precision Agriculture, which refers to the use of sensor technology to collect data and information, monitor assets such as crops and soil, and make farms more connected.

With data collected via digital mapping, soil sensors and elevation (that can determine erosion risk, drainage restrictions and waterlogged areas), farmers are able to assess what to focus on and the resources that will be needed.

Rubicon’s FarmConnect Software is a web-based software system currently available in Australia, and combines the latest in Internet technology with cellular network communications to provide our farmers with control both on the job and on the go.

Using this technology, the monitoring of crops can be enabled via connected devices, which records data every 15 minutes, 24 hours a day.

As a result, farmers are provided with real-time insights into crop water usage so irrigations can be planned precisely and productivity can be maximised.

Drones are also among the digital devices set to become as common as tractors on farms.

With the ability to hover low, drones equipped with technology like infrared sensors are able to examine hundreds of acres, monitor crop health and identify pests, diseases and weeds in a single flight.

Drones could become as common as tractors on farms in the future, monitoring produce and collecting data.

In fact, the information collated from drone technology could well be the difference between producing an abundant harvest and a failed crop, due to the fact farmers can access accurate and up-to-date data.

Harvesting the benefits of automation

More recently, there has been talk and testing of self-driving machines and automated tractors. Using GPS satellite technology, this equipment will be designed to steer itself.

Although only prototypes of this technology currently exist, commercialisation could be just around the corner.

Major agricultural manufacturers including John Deere, Yamaha and a host of start-ups are actively pursuing the agricultural robotics market, which is expected to grow from $3 billion in 2015 to $16 billion by the end of 2020.

However, it’s not just technology allowing costs to be cut and processes to become more efficient.

With improved connectivity enabled by the nbn™ network, businesses such as Murray Darling Fisheries have gone from exporting 200,000 Murray Cod, Golden and Silver Perch to close to two million.

Simple things such as the ability to communicate smoothly and quickly via emails and video conferencing allows Australian producers and farmers alike to reach new markets and consumers.

Digital technologies are helping current farming processes become more efficient, productive and more connected, and access to fast broadband via the nbn™ network will continue to revolutionise this sector.

Watch how Australia's largest exporter of Murray Darling cod is reaping the benefits of this connectivity.